Signs Someone is Emotionally Unstable 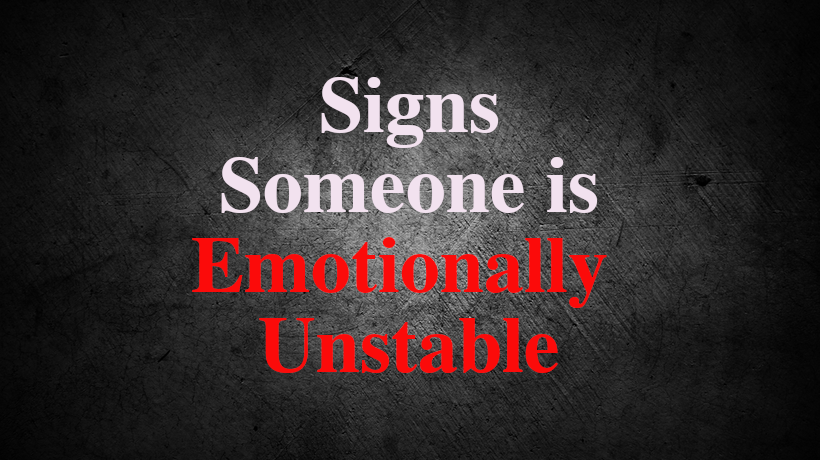 When someone likes you, it feels amazing. But just because they like you doesn’t mean that they’re ready for a committed relationship. This doesn’t make them terrible people, it just means that they could be dealing with other issues like Borderline Personality Disorder, trauma, depression, or anxiety. Whatever the cause, right now these people need to be focusing on themselves – not a relationship. Here’s what to look for if you think your partner or someone you know might be emotionally unstable:

If someone you know does suffer from emotional instability, it is not for us to judge them. “It just means they need to focus on their mental, physical, and spiritual health before they can contribute to a loving relationship,” says Hans. Boynes warns that we “shouldn’t view any of the factors I’ve mentioned in isolation,” as there could be other explanations. What these people most likely need is professional help, so it’s best to just try to support them during this period of personal growth.

13 Key Signs That a Partner May Be Emotionally Unstable