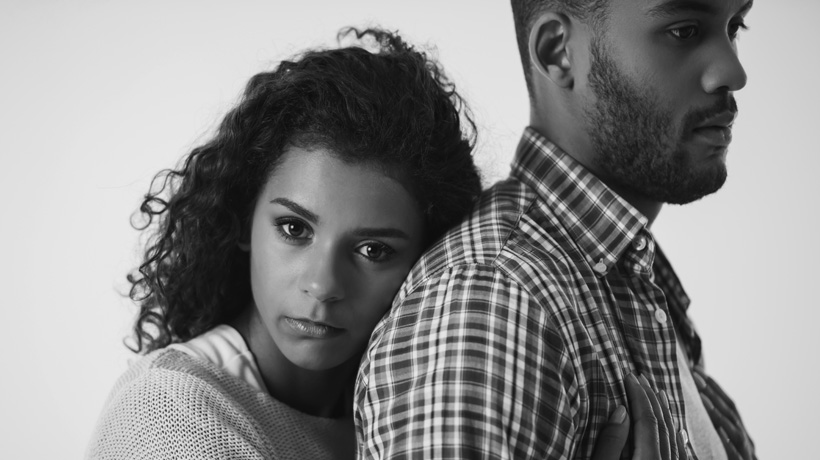 Have you ever examined a relationship you were in and wondered where it was going? Maybe that led you to ask this very question, only to receive an ambiguous response back about how you’re both just “having fun.” When you get to this point in a relatively new relationship, there are often subtle hints that your partner either sees you as someone they could eventually commit to or someone with whom they want to continue “having fun.” It’s important to sort out the truth as soon as possible if you’re looking for requited love. Here are five signs you may be involved with someone who won’t ever return your love.

He hasn’t introduced you to his friends
If you haven’t met his good friends that are a major part of his life, he could be compartmentalizing you. This signifies that he may not consider you a part of his everyday circle and that he might not see a future with you. If he did, he would introduce you to them to make sure that you were their number one person (since you would presumably be sticking around for a while).

He’s not opening up to you
If you feel like he’s not talking to you about intimate matters or putting himself in a vulnerable place with you, that’s probably the case. If you’re not interested in a serious relationship with someone, you don’t typically express yourself openly and honestly with them. A guy who hopes to cultivate a loving relationship will make sure he plants the seeds for a bond that will add meaning to his life. He’s not typically interested in what you think if he isn’t emotionally invested.

He only gets intimate during sex
This is a sure sign that he is manipulating your relationship to enjoy physical benefits with no real emotional investment. If he does open up to you, it’s when you’re about to get undressed. Maybe you thought that you two had a deep connection, but reconsider this if every good conversation ends post-coitus.

He keeps you on a schedule
While oftentimes, women attribute consistent meetups with their partners as a sign that things are going well, this can alternatively be a hint that he doesn’t take your relationship seriously. A person who truly cares about someone doesn’t necessarily plan a fixed time each week to see them. They are usually excited to see that person and try to as often and whenever possible. Someone who is flaky about unscheduled meetups means they may not value you enough to spend their free time with you.

He’s not invested in your needs
This could be from something as seemingly simple as not listening to you when you’re stressed about your career or not being there for you when you need him at a doctor’s appointment. Love means valuing another person as much as you value yourself. If he doesn’t signal in any capacity now that your needs are his concern, he isn’t (and won’t be) putting you first.