5 Signs You're in Love With Him, Not Just the Idea of Him 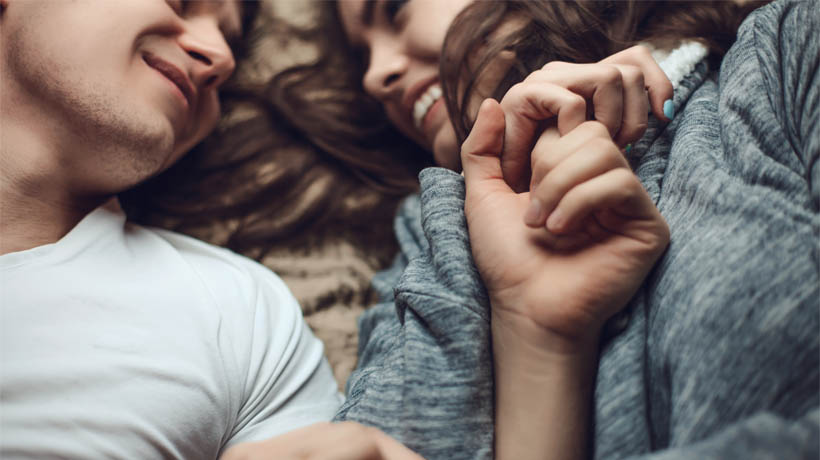 The beginning of a relationship is exciting – you’re full of new-dating jitters and can get caught up in your emotions. But sometimes, it can be hard to tell if you actually love the one you’re with or are just in love with the idea of not being alone. How do you figure?

You don’t brag
When you talk about your boyfriend, you sound more like a proud partner than a trophy owner. You’re happy with him and want to share that with your friends and family. You don’t talk about him constantly – or to people who really don’t care. Someone who is only into the idea of having a boyfriend— but not the actual boy—won’t be able to stop boasting about him, making sure everyone knows she’s got one. If you really are in love with him, you don’t need to brag – you’re confident in the quiet love you have.

You don’t stress about arguments
When – not if, when – you fight (all couples do), you don’t freak out about what it means for the relationship or use it as an excuse to end it abruptly. Instead, you work through it and accept that it’s a realistic part of dating. If you only cared about having the title, you wouldn’t make the effort to work through your problems together.

Your private moments are private
A good way to tell if someone is insecure in a relationship is to see how frequently their partner makes an appearance on social media. Individuals who love the idea of a relationship seem to broadcast it on every platform, shoving it in the faces  screens of their followers. When you’re confident in your partnership and love the individual – not the likes he gets you – you won’t feel the need to share every date night on Instagram.

You didn’t just get out of a relationship
When someone is bouncing from one relationship to the next, they may just like the idea of being somebody’s girlfriend more than they like the people they choose to be with. Sometimes, girls get so caught up in acquiring the title of “girlfriend” that they aren’t choosey about who fills the “boyfriend” counterpart. If you took your time getting together with this guy, you probably do love him for who he is.

Nothing is off limits
If you were only interested in gaining a boyfriend for the title, you wouldn’t be able to talk to your partner about serious matters. But when you’re actually in love with your guy, you can talk to him about anything under the sun. It’s more than just a surface relationship, you value him as your partner and love who you’re with.