5 Signs You're a No-Nonsense Type of Gal (Forget Sugarcoating) 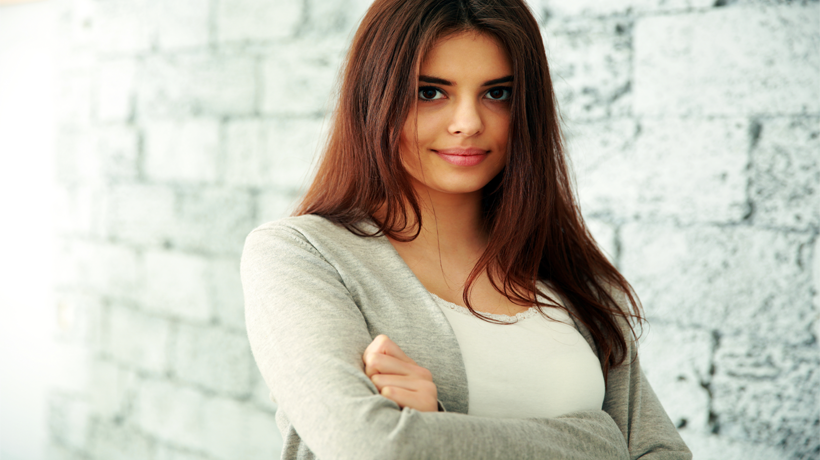 Generally, it seems like the older we get, the bolder we get. We’re less reluctant to bite our tongues, beat around the bush or put on a front – we no longer have the time nor the patience for that. So wouldn’t it be nice if we all said what was on our minds? Sure, there are definitely times and places where we might need to hold back—at work, in class or in front of your parents and in-laws. Nevertheless, being direct is often necessary and appreciated by those who seek out the truth. You know you’re a woman who ‘tells it like it is’ when …

Your friends routinely ask you for advice
Whether they’re having trouble with their partners and need an unbiased point of view or are struggling with their jobs and want some guidance, you’re their go-to gal. They know they can depend on you to give them straightforward words of wisdom, even though they may not be ready for what they’re about to hear.

You attract like-minded people
As they say, you attract what you are–and what you are is a no-nonsense woman! You tend to keep the company of and befriend people who are also real. It turns you off when people sugarcoat the truth because they don’t want to hurt you–what hurts you more is knowing that a “friend” can lie right to your face.

You don’t bother with the mind games
You stay far away from the men who try to take you on an emotional roller coaster or try to play hard to get. If you’re into someone, and you feel like he’s clearly interested in you, you won’t be afraid to let him know exactly how you feel or ask him about his intentions. If he can’t be vulnerable about that, it’ll be hard for you to see a future with him.

People may describe you as blunt, real or genuine
You seem to have a sixth sense about a lot of things and aren’t afraid to tell people when something isn’t right. It’s almost like you’re able to say what they are all silently thinking. They often thank you for being able to speak up where they couldn’t.

Others feel strongly about you–they love you or can’t handle you
People either adore you or may steer clear of you because you’re truthful. You know that the ones who avoid you are just dealing with their own insecurities that they’d rather not expose. But you’re not out to “get anybody,” you’re just being unapologetically honest.