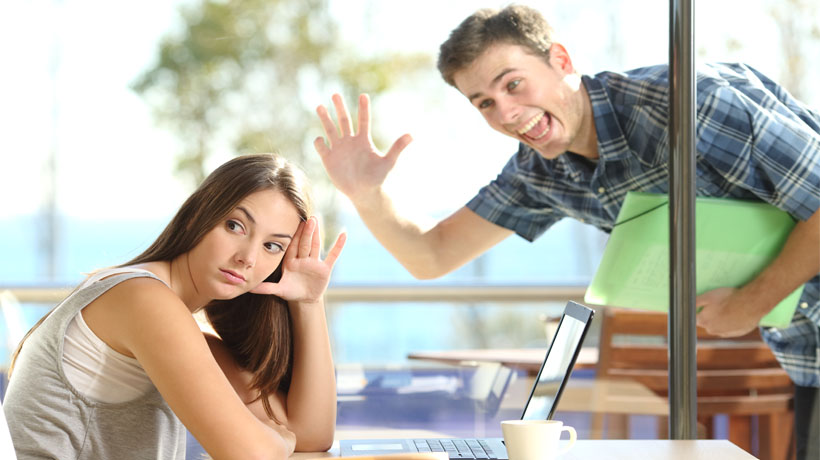 There are two types of people in your circle – the ones who mean well and genuinely care about your well-being and the ones who make it seem like they care but just remain close to keep tabs on you. Take heed with the latter. We’re all entitled to feeling a sense of privacy – whether it’s concerning a relationship struggle or a family affair. So, if anyone can’t respect those boundaries, they may need some tough love in the form of any of the following comebacks.

“I think you have other important matters of your own to get back to”
This remark puts the other person in their place by making them realize their intrusive actions. By saying this, you’re passively letting them know that they have their own life to deal with rather than to focus on the events of yours.

“I’d prefer to deal with it on my own, but I’ll reach out to you if I need some feedback”
If this comment doesn’t let the intruder know how you feel, they are clearly blind to your needs. You’re politely letting them know that whatever you’re dealing with only concerns you (and whoever else is involved), and also letting them know that you will come to them if you need their help–-not the other way around.

“My personal space is important to me. How about you?”
This comeback also puts the intruder on alert of their behavior. Some people may not realize how their actions affect the emotions of others unless you tell them. If you feel like your guest is trespassing bounded territories, let them know.

“We’re doing fine, but I appreciate your concerns”
By stating this, you’re accomplishing two things–-you’re helping them recognize that the questions they’re asking are perhaps too personal and also closing the door on them from prying further (in a decent and respectable way).

“I didn’t realize you were so invested in (insert situation you’re dealing with). Is there a reason for that?”
This one may leave the intruder speechless–-because after all, why are they so invested in your timeline to have kids? If the matter doesn’t affect them directly, they’ll have trouble coming up with a proper excuse – and no one likes to feel caught off guard.