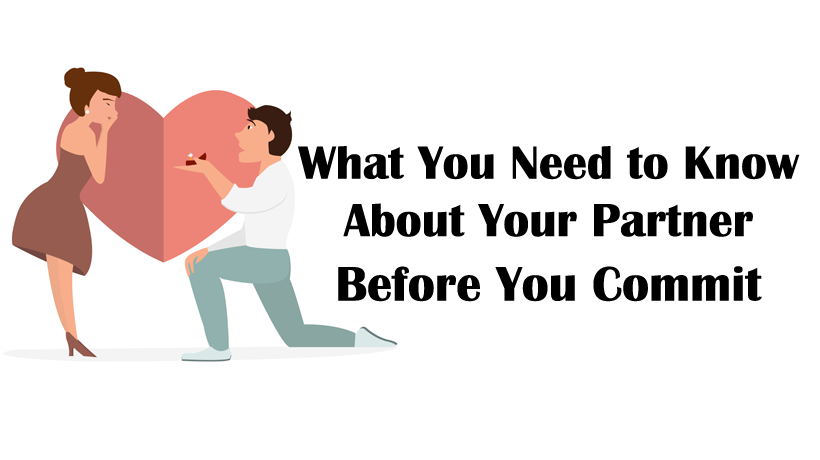 You’re in love! You’re in lust! Both of you are like two parts of a well-oiled machine! Why not promise to be together forever?

STOP RIGHT THERE! There are many more parts to a successful, long-term, committed relationship than you can sense so early on. Here are five things you NEED to know before you prepare your vows.

Why commit in the first place?
It’s good to know why your partner brought up commitment (or why you started thinking about it).
Some people feel pressured because they are worried their partner will look for other potential mates. According to some studies, half of all people in committed relationships confess to being unfaithful at some point. Clearly marriage is not the solution.

Some want it because they are afraid of being alone. It could be a matter of self-esteem or fear of abandonment. Are those the reasons you would want to promise your life to someone?

Familial, cultural and peer pressure to have a wedding and produce offspring are among the greatest pressures any of us will ever face. Despite what everyone else in the world wants, if you’re going to commit you need to know if that is something that you and your partner really want.

The handling of money
You might not be surprised when I say that money is the number one point of stress between partners in a relationship. My family life growing up was pretty functional—all things considered—but one thing I could count on was that if my parents were yelling, it was 9 times out of 10 about money. Do you save, save, save? Do you splurge now because tomorrow may never come? How important is philanthropy? How much stuff do you want (big house, two cars, or rent an apartment and have no car)?

Especially now that most families cannot fully thrive on a single income, there needs to be an agreement on what to do with your collective fortunes. Resentment builds up very quickly, and philosophical differences can be nearly impossible to resolve – so talk about money and its role in your concept of life and happiness.

Let’s talk about sex
Sex is an important part of long-term relationships. That doesn’t mean it has to be the central pillar by any means, but it does mean it’s important to agree on the role it plays in the relationship. Is sex for making babies first and fun second? There’s may be a lot of disappointment if you don’t see it the same way.

Spirituality and religion
Do you believe that when your body dies, your spirit will live on in paradise? Does your partner believe that? No? That’s a pretty big difference. If you don’t have a compatible belief system, there are forks in the road up ahead that may cause fundamental problems in your relationship, such as:
o Rituals like marriage, death and rites of passage
o The universal belief system your children will have
o Whether there is a cosmic power that your partner loves and commits to more than you

Do you both want kids?
If you and your partner have different philosophies on having and raising children, then you may want to reassess some decisions. The end goal of most relationships is reproduction.

The real secret to being ready to commit is communication. Talk about these things before they become issues. There is still plenty of room for mystery and discovery—you just don’t want to look back and say, “I wish I knew about this deal-breaker when we started.”