5 Things Never to Reveal About Your Relationship 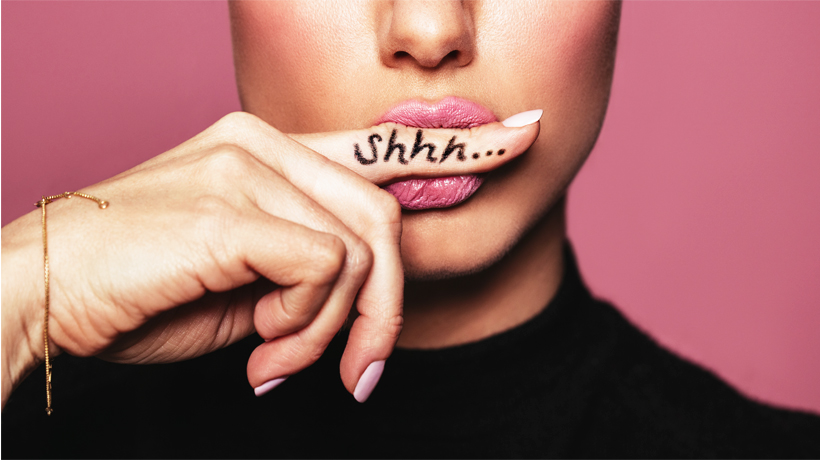 What happens in your relationship is between you and your partner. When you start bringing other people into it, what’s the first thing that happens? People take sides. There may not even be a problem, but it’s human nature. Though you can’t keep your relationship a secret either. I mean, that’s weird right?

Being public about your relationship is fine but there are definitely some things you should keep to yourself.

Never talk about your problems
Older generations used to call this “airing your dirty laundry.” The point is that you don’t want other people to know when you are having problems, because then they see each of you vs. you as a couple differently. It’s like finding out someone is sick – you can’t help but to treat them a certain way. They’ll add pity or blame to their mental representation of you. You don’t want that.

Never talk about your sexual habits
What’s more intimate than what consenting adults do when they are in private? Sex is allowing yourself to be vulnerable and exposed. You don’t want other people to know about that. Not only is it inconsiderate to your partner; people really just don’t wanna know that stuff!

Never talk about your finances
Maybe you’re loaded, maybe you’re living paycheck to paycheck. No one should care about that unless they’re offering you money. Again, financial standing is a factor that for better or worse, our society judges people on very strongly. When was the last time that talking about money ended with a big hug between friends or family? It usually ends with people feeling really uncomfortable. Just don’t.

Never insult your partner in front of others
This isn’t so much not-talking, it’s really not-saying. This should be a no brainer. How would you feel if you were out with friends, and your partner called you “stupid” while laughing at you? Or said, “She’s not very good at handling money,” and everyone kind of looks away uncomfortably? I understand the need to be funny – I was the class clown – but I learned that you shouldn’t say anything in groups that would leave one person feeling badly; that’s just not funny.

Never talk negative about friends & family
OK, this is more general advice for life, but the stakes are higher when you’re in a relationship. Every time (every time) you talk bad about someone, they’ll learn about it. And if you think saying it to their faces makes it more ‘real,’ you’d be right. But what’s also ‘real’ is the grudge they will hold against you and how they will try to leverage you against your mate, or vice versa.

Bottom line: Don’t give anyone any ammunition to judge or envy you, because those will only lead to misery. And if you’re not sure what to say and what not to say, don’t say anything.