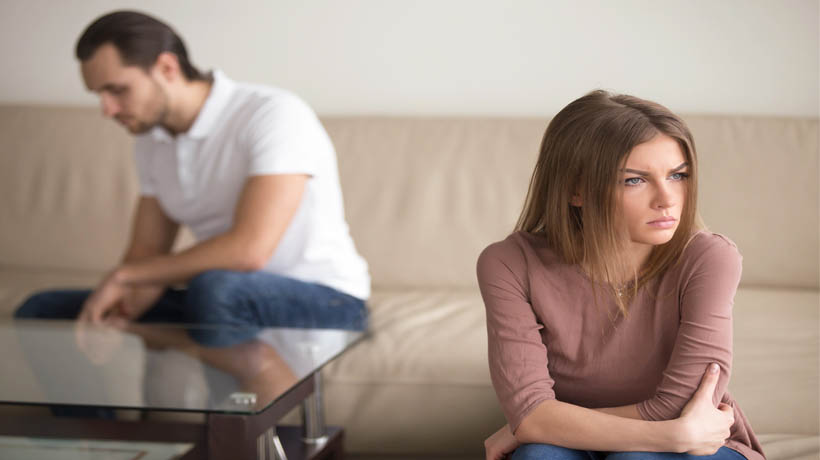 We women take a lot of crap from our partners – often more than we should. And though we’re guilty of giving them one too many chances, there are some things men should strongly reconsider if they want to keep them around.

Never compare her to an ex
It’s fine for men to bring up past relationships sparingly in the early getting-to-know-you stages of dating. It gives you a glimpse of his thoughts on commitment, red flags and other things to be aware of. But once you get past this stage, there’s no reason to bring up previous lovers; it’s unsettling. If it becomes a habit, it’s clear that they’re still dealing with unresolved issues or feelings.

Never disrespect her family
It doesn’t matter how close she is with her family; these are the people who’ve shaped her into the woman she is today. For that reason, it will always be deeply personal if you come in between this bond. Even on days she complains about them, it’s never an invitation for her partner to do the same.

Never talk down to her
When you form a relationship with the woman you care about, it’s a team effort. She’s your partner in life as well as in love. Treat her like your equal and give her the respect that she deserves.

Never underestimate her because she’s a woman
We’re all guilty of holding stigmas to men and women, but we forget the power that women truly hold. We’re not incapable of making rational decisions just because we’re “too emotional” or nurturing. She’ll let you know when she needs your help. It’s not right to assume she does.

Never cheat on her and cover up the lies
Cheating is a personal decision no matter how much people may make excuses for it. The act in itself surfaces a type of pain and feeling that she can’t ignore (incompetence, betrayal, disbelief and anger). Don’t make it worse by playing her out to be a fool.