5 Ways To Deal With Angry People 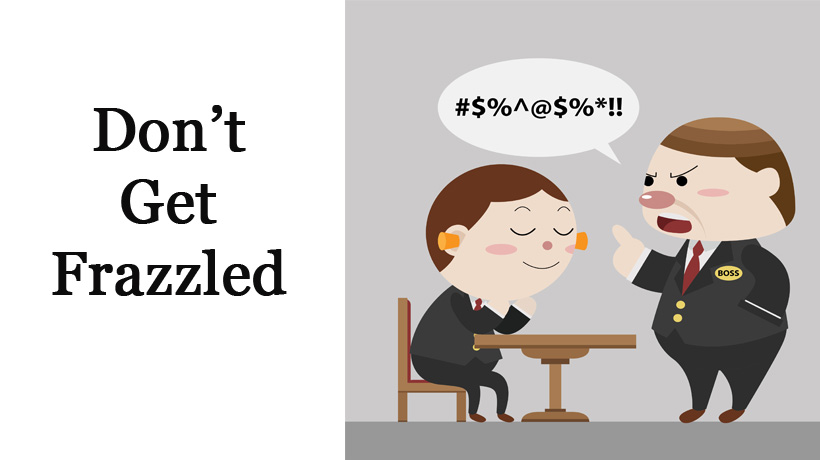 Dealing with an angry person is difficult for most people. That makes sense—after all, where do you go to school to learn how to respond to someone else’s anger? So what do you do with someone who is making you the target of their inappropriately- expressed anger? Here are five suggestions:

It’s not about you
Even if you’ve done something that the other person doesn’t like, they have a responsibility to communicate with you appropriately. There is never any excuse for yelling, name-calling or intimidating remarks, much less threats. If you think on any level, “This is partially my fault,” you’ll likely just enable their behavior. You know the saying, “No one can make you angry, only you?” If that’s true, understand that the person who is inappropriately angry with you needs to own how they’re expressing their emotions–it’s on them, not you.

Deal with it now
The first time or two you’re dealing with an angry person, it’s tempting to say it won’t happen again. But angry people are smart—they know who will or won’t tolerate their outbursts or toxic comments. They know who they can intimidate and go back to again and again to vent or to blow up at. Learn to say, “I can’t talk now,” and mean it.

Give them a pass
I’m giving you an exception to the rule above. If it’s someone you want to maintain a relationship with and they’re angry about someone else or a situation not related to you — let them “vent” if they aren’t being toxic. Every great once in a while you might want to give someone a pass and hear them out (again, if they’re not attacking you). But be careful with this. Too many passes, and even the anger they express appropriately, will take a toll on you. Who wants to be around a person who gets upset over so many things?

Take a break
If your family member, friend, or co-worker is getting too heated, it’s time to take a break in the conversation. Simply say, “I want to talk more but only when we can do so in a way that works for both of us—we can try this again later.” Then just leave—don’t wait for their agreement or listen to their objections—just leave. And don’t worry about how they will feel about what you’re doing—they’re certainly not worrying about your feelings, are they? Exception: If you’re dealing with your boss, say, “Can we give this an hour or a day and come back to it so we can work together to find solutions? I know we both want to resolve this and maybe taking a break will help us do that.”

Educate yourself
A blog post can’t possibly cover all the bases and give you all you need on this topic. You can enroll in a webinar on dealing with angry people, listen to a podcast, or read a book. For starters, check out Dr. Mark Goulston’s book Talking With Crazy. What you don’t want to do is to allow angry people to be in your life and not know how to set and enforce boundaries for your own well-being. Learn how to take care of yourself—you deserve it.