5 Ways to Deal with a Narcissist 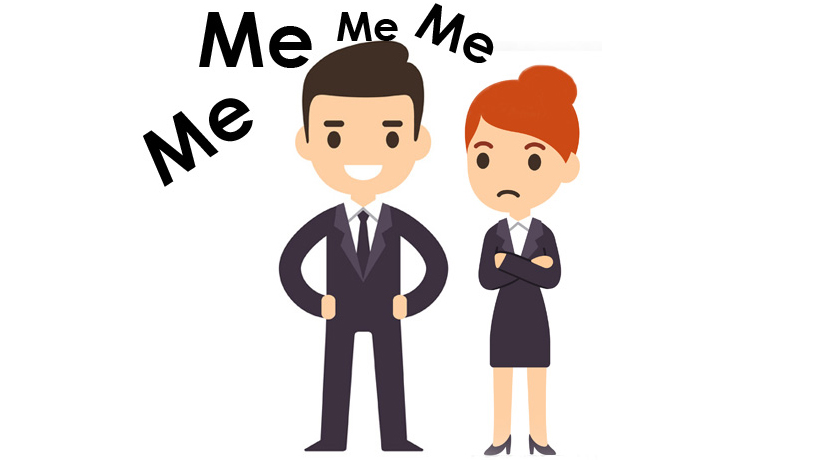 This week a client shared with me that her boss says inappropriately negative things about her.

Another client told me about a peer who wouldn’t get her the materials needed, took credit for their work, would throw out barbs that made my client look bad.

If you have someone in your life who treats you that way, you often spend too much time ‘talking to’ that person in your mind:  “why did you do that?”, “you shouldn’t be that way!” Have you spent hours or even days trying to figure that person out?

I have! There is a name of the kind of person who is wrapped up in themselves, and makes you ‘less than’ in order for them to feel ‘more than’. They are a ‘narcissist’.

I used to take that kind of behavior personally and think their put-downs were true about me.  Yes, I’ve pulled my hair out trying to figure out how I could ‘get them’ to see my point of view.

Here are 3 things to always keep in mind about a narcissist:

First, they feel powerless on the inside, so they try to control people on the outside to feel powerful. They put you down in order to feel ‘one up’.

Second, they only know what they feel in the moment. They don’t remember what they’ve said in the past so it might appear they are changing their mind. They lash out with what they feel and often don’t take responsibility for it later.

Third, it’s rarely about you.

Here are 5 strategies to stay strong and not react when dealing with a narcissist:

1. Turn “React” into “Expect”
Part of what makes you react is that you feel caught off guard. So, take control! Expect them to be limited! Then when they do their difficult behavior you can say “Score! I predicted you’d do something like that! You are being SO YOU!”

2. Shine Them On
If your effective means of influencing don’t lead to improvement, accept they are revealing they are incapable of change. Go into maintenance mode to protect yourself and avoid confrontation: Just kill them with kindness, go along with them, and help them look good.

3. Meet Power with Power
Narcissists respond to power. Avoid a public confrontation, but share facts or a differing point of view in private. If you are truly right, they will be less apt to push you around next time. Be deferential to avoid confrontation, but don’t feel powerless. Move the work forward despite them. For example, if they don’t get you the work you need, tell them: “I’m emailing you with a heads up I’ll be sending to our boss whatever pieces of the presentation have been assembled by Thursday at 5pm for the Friday meeting” (i.e., even if theirs is not included).

4. Humor Yourself
When they are inappropriate or loud, let them blow off steam without taking every word seriously. Imagine that person is like the teacher character in the famous American “Peanuts” cartoon, just vague blabbering in the background. Or imagine a sarcastic remark that would feel delicious to reply with. Use humor to get you through (as long as you keep it private!!)

5. Practice Extreme Sport Compassion
You only have to deal with this unpleasant person for a few minutes a day, but they have to live with their own personality 24-7-365. Have compassion on them. They do not have the same ability as you have to form meaningful connections with others. You are the one who ultimately can have the good life they can’t.