5 Ways to Spot a Brain Aneurysm 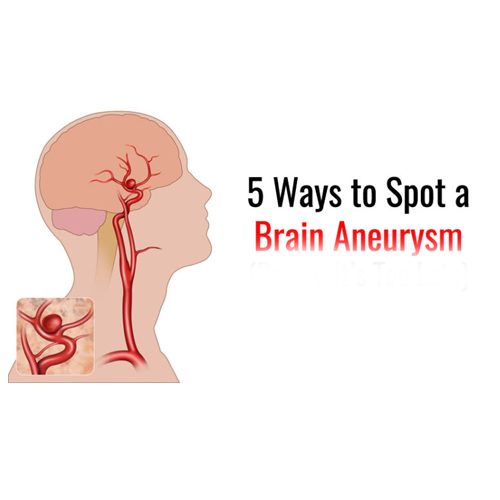 Women suffer from brain aneurysms at a ratio of three women to every two men. According to the Mayo Clinic, a brain aneurysm is a bulge or “ballooning” of a blood vessel in the brain that develops as a result of thinning artery walls. Aneurysms often form at branches in arteries where the vessels are weaker. An estimated 6 million people (or 1 in every 50 people) in the United States have an unruptured brain aneurysm.

A brain aneurysm can leak or rupture, causing bleeding into the brain—a condition called a hemorrhagic stroke. A ruptured aneurysm can quickly become life-threatening and requires immediate medical treatment.

There is a brain aneurysm rupturing every 18 minutes. Ruptured brain aneurysms are fatal in about 40 percent of cases. Of those who survive, about 66 percent suffer some permanent neurological deficit.

Pain around the eyes
Pain above and/or behind one eye can be one of the earliest signs of a dangerous aneurysm.

Changes in the pupils
Consult a medical professional immediately if you notice unusual dilation of your pupils.

Vision problems
Changes in vision, such as blurry or double vision, can be the result of an aneurysm. As pressure builds on the brain stem, the pons—the control center for the eyes—can be impacted, altering your vision from its usual state.

Numbness
If you feel numbness on the face, especially if it’s overtaking one side, consult a doctor. This can be a sign that your nerves located in the brainstem are being acted upon by an unfamiliar force.

Severe headaches
A sudden, extremely severe headache is the first sign that an aneurysm has begun to leak, which will usually lead to a more serious rupture in time. This pain is often described by patients as the absolute worst headache of their life.

If an aneurysm has ruptured, symptoms will become dire. Common signs of a rupture include a sudden headache, nausea and vomiting, stiff neck, blurred or double vision, sensitivity to light, seizure, a drooping eyelid, loss of consciousness, and confusion.

If you or someone you know is experiencing any of these symptoms, especially if they’re more similar to those of a ruptured aneurysm, seek medical attention and call 911 immediately.