6 Types of Anxiety Disorders & What Can Help 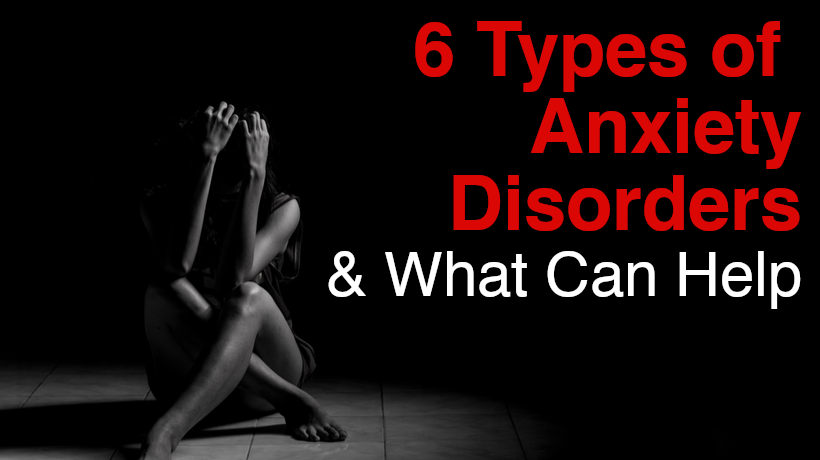 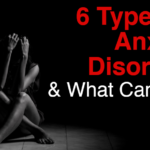 While you can self-diagnose anxiety, it is always best to get a professional diagnosis from a psychologist.

GAD can occur at any age and is incredibly common, affecting more than three million people in the United States every year. GAD is characterized as “persistent and excessive worry about a number of different things” by the ADAA. People with a generalized anxiety disorder may experience exacerbated stress in work, school situations, or in common, everyday occurrences according to Dr. Oz. If the anxiety you experience hinders you from everyday life and you are constantly stressed and anxious, please consult a doctor.

Panic disorders are actually quite rare compared to  Generalized Anxiety Disorders. PD only affects about 2-3% of people and are more commonly found in women than in men according to ADAA. The organization states that this disorder is diagnosed by doctors to those who experience out of the blue panic attacks and are preoccupied with the idea of another recurring attack.

Panic attacks can be made even worse when those who experience them also have agoraphobia which is defined as “Fear of places and situations that might cause panic, helplessness, or embarrassment.”

Some symptoms of a panic disorder or when a person experiences a panic attack are elevated heart rate, sweating, shaking, feelings of choking, nausea, and even chills. If you experience these symptoms, know that this disorder is real and is highly treatable.

One of the more common words people know, phobias are actually part of the anxiety disorder spectrum. Phobias are defined as a strong, irrational fear of something that poses little or no actual danger according to MentalHealth.gov.

Social Anxiety Disorder is often confused with agoraphobia and social disorder. The difference between agoraphobia and social anxiety disorder is that a person with agoraphobia fears having an anxiety attack or losing control in specific situations while a person with Social Anxiety Disorder worries about experiencing embarrassment or judgment in social situations according to The Recovery Village, a treatment center in Cherry Hill, New Jersey.

Dr. Oz defines social anxiety disorders as being afraid of social situations because you’re afraid of being judged. This, in turn, may make you feel incredibly self-conscious as if all eyes are on you when you step outside your house. Sometimes, the fear of being judged can be so severe that you may not want to leave the house at all and avoid human contact.

However, there is good news. Separation Anxiety Disorder is usually self-diagnosable and also self-treatable.

Many people attribute PTSD with war veterans, but PTSD is actually pretty common and can affect anyone — not just those who have been in war. PTSD is defined as “ a psychiatric disorder that may occur in people who have experienced or witnessed a traumatic event such as a natural disaster, a serious accident, a terrorist act, war/combat, or rape or who have been threatened with death, sexual violence or serious injury” by Psychiatry.org, a site created by the American Psychiatric Association.

There are many branches to PTSD and most can be filed into four categories: intrusion, avoidance, alterations in mood and cognition, and alterations in arousal and reactivity. Some people may even be diagnosed with C-PTSD which is also known as Complex-PTSD.

Dr. Oz says if you have PTSD, “You will continue to experience problems related to the event, and this can manifest in scary and unexpected flashbacks and intrusive memories, bad dreams, and frightening and uncontrollable thoughts.”

What You Can Do:

A Sharecare survey that was posted recently states that anxiety has gone up since the start of COVID-19. Speak to your primary care doctor about getting treated for these anxiety disorders and most importantly, it’s okay to go to therapy. There are apps you can find in the App Store or the Google Play Store that offer affordable therapy online.

Dr. Oz says, “You can call, text, or chat with your local 211 number in nearly every state to speak with a specialist who can connect you to local social services, including mental health resources.”

Last of all, know that you are not alone and you do not have to suffer.