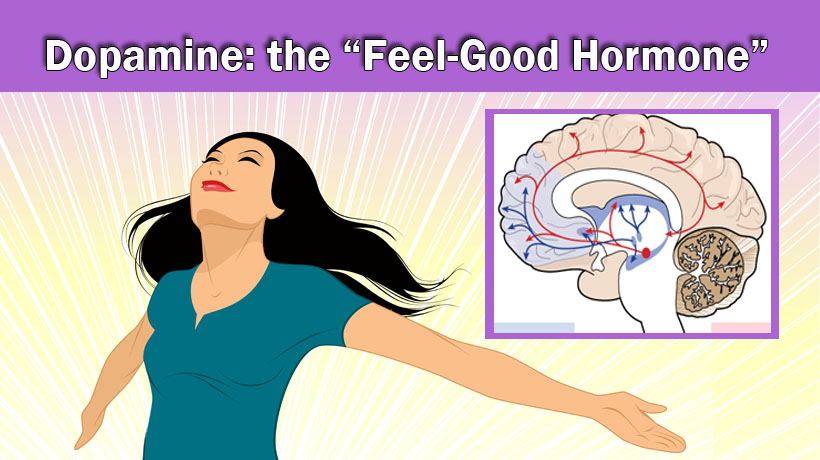 Dopamine, one of the brain’s neurotransmitters, is a chemical that carries information between neurons, according to Psychology Today. It aids in the regulation of movement, attention, learning, and emotional responses. Not only does it enable us to visualize rewards, but it also stimulates the urge to take action and accomplish them.

Dopamine is responsible for feelings of satisfaction and pleasure. Here  are 10 ways the increase your levels of dopamine in your brain.

Exercise daily
Physical activity stimulates brain activity, specifically dopamine, according to website LiveStrong. By exercising for a minimum of 20 minutes at a time, the brain releases dopamine and even reduces feelings of fatigue.

According to health resource website Healthline, consuming daily supplements of vitamins C and E contributes to an increase in dopamine levels. A research study published in 2014 states, “vitamin C has an important role in the formation of neurotransmitters required for normal neuronal functioning and the lack of this important factor can be a cause of treatment failure and resistance in the depressed population.” This means that without enough vitamin C, the brain can’t do the functions it needs to do for its emotional responses.

Eat lots of protein
An amino acid called tyrosine plays a significant role in producing dopamine. According to Healthline, it is found in protein-rich foods such as turkey, eggs, beef, dairy, and soy. Studies show that increasing the amount of tyrosine in your diet can increase dopamine levels in the brain, which promote deep thinking and improve memory.

Consume probiotics
The gut is sometimes referred to as the “second brain” because it contains neurotransmitter-signaling molecules, including dopamine. Some bacteria that live in your gut are capable of producing dopamine, which is responsible for mood and behavior.

Get enough sleep
Animal studies show that dopamine levels decrease at nighttime, disrupting the natural rhythms. When someone is forced to stay awake throughout the night, receptors in the brain dramatically reduce by the following morning.

Listen to music
This is a creative way to increase dopamine levels within the brain. “Studies have found that listening to music increases activity in the reward and pleasure areas of the brain, which are rich with dopamine receptors,” states Healthline.

Meditate
The advantage of meditation is that people think these benefits may arise due to increased dopamine levels in brain. One study that looked at teachers found a 64% increase in dopamine production after meditating for one hour, compared to periods of resting for 60 minutes. These changes help meditators sustain a positive attitude.

Get sunlight
Periods of little to no sun contact can leave someone to reduced levels of mood-boosting neurotransmitters, including dopamine. One study in 68 healthy adults found that those who received the most sunlight exposure in the previous 30 days had the highest density of dopamine receptors in the reward and movement regions of their brains, according to a 2010 scientific journal reported by Healthline.

Get a massage
High dopamine levels require prolonged periods of no stress. To make this realistic, some individuals may try to attend massage therapy, which increases the dopamine levels, according to an article published in the International Journal of Neuroscience.

Walking
Although a form of exercise, walking requires much more of a normal pace and doesn’t require as much strength and effort. However, it is during these periods of elevated activity that an individual will feel at her their best.