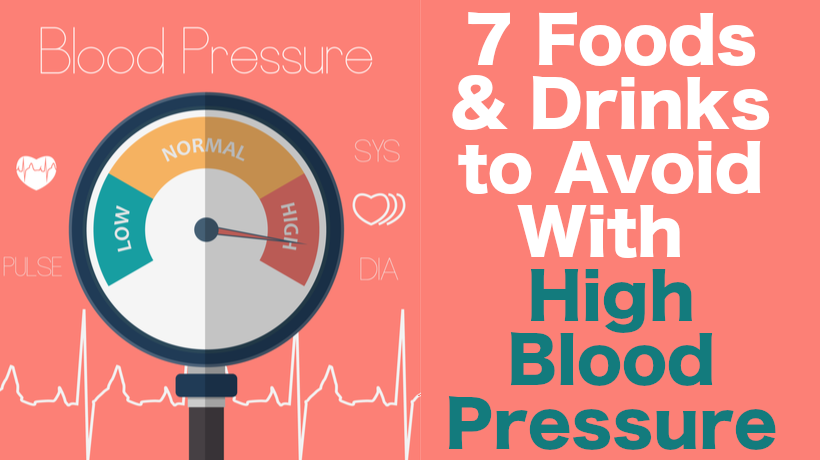 According to the CDC (Centers for Disease Control) high blood pressure, or hypertension, affects about 45 % of Americans. Hypertension can cause health problems over time, including heart disease and stroke therefore it is important to keep it under control. There are certain foods and drinks that may make your blood pressure worst, so it’s best to try to avoid these:

According to an article medically reviewed on PubMed, the sodium in salt is the main contributor to high blood pressure and heart disease This is because of how it affects fluid balance in the blood.

The following foods, known as the “salty six,” are the major contributors to people’s daily salt intake per Heart.org:

According to Amy Richter, RD, processed deli, and lunch meats are often packed with sodium. That’s because manufacturers cure, season, and preserve these meats with salt.

They are tasty, but the combination of ingredients in frozen pizzas means they’re high in sugar, saturated fat, and sodium. Frozen pizza can have especially high levels of sodium. You’re better off making a pizza from scratch in your home!

Richter says, “The longer vegetables sit in canning and preserving liquids, the more sodium they pick up.” One pickle contains 447 mg of sodium!

According to food data central one can of tomato soup contains 1,110 mg of sodium, while a can of chicken and vegetable soup contains 2,140 mg. Try choosing low-or reduced-sodium soups instead, or make your own soup at home from fresh ingredients.

Saturated fats are mostly found in animal products, including:

If you have high blood pressure, your doctor might recommend that you reduce the amount of alcohol you drink.

In people who do not have hypertension, limiting alcohol intake can help reduce their risk of developing high blood pressure.