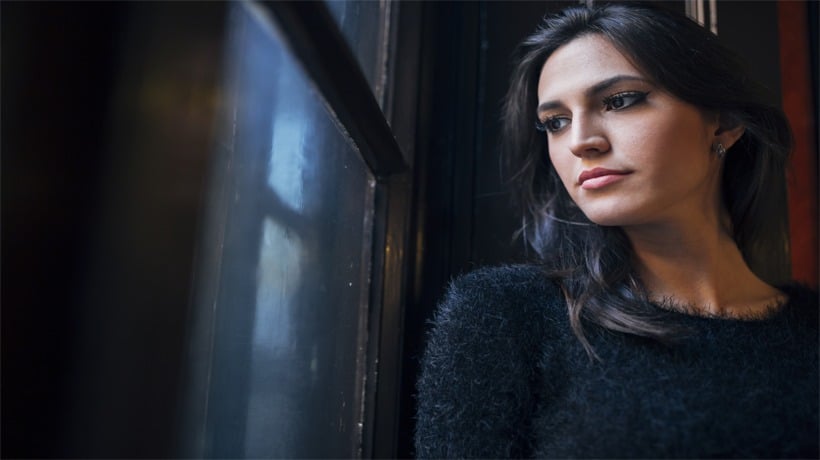 The death of a family member can impact us in real and measurable ways. While it’s clear that one feels the pain and sadness caused by this loss, it’s now indisputable that loss affects us deeply and permanently. Recent scientific studies show this pain can manifest as hard changes in the body. The results showed that the loss of a parent, in particular, alters your brain chemistry and may also have physical effects. Whether the death of a parent is expected or not, the absence of this significant figure in a woman’s life is life-changing.

It can cause major depressive disorder or PTSD
The death of a parent is significant because these figures typically symbolize the guidance and love we’ve always depended on in our lives. Once this source of unconditional love is gone, it certainly leaves a gap. Sometimes this gap can lead to major depressive disorder or even post-traumatic stress disorder if the loss involved trauma.

Your appetite and sleep habits might change
According to a study published by the American Psychiatric Association, the posterior cingulate cortex, frontal cortex, and cerebellum brain regions are heavily involved in grief processing. These areas are involved in retrieving memories and dwelling on the past, and they’re also involved in regulating sleep and appetite.

You have a high risk of developing an illness
Loss triggers physical distress. According to research published by the U.S. National Library of Medicine National Institutes of Health, there are links between unresolved grief and hypertension, cardiac events, immune disorders, and even cancer. It is unclear why grief would trigger such dire physical conditions, but one theory is that a perpetually activated sympathetic nervous system (fight or flight response) can cause long-term genetic changes.

You may develop an adjustment disorder
Grief becomes pathological, according to the Diagnostic and Statistical Manual of Mental Disorders, when the bereaved are so overcome that they are unable to carry on with their lives.  This occurs in about one percent of the healthy population, and about 10 percent of the population that had previously been diagnosed with a stress disorder.

You may be more likely to cheat on a significant other
According to Elisabeth Goldberg, a relationship therapist in New York City,  she has seen the toll that long-term grieving can take on a marriage. Specifically, Goldberg suggests a link between losing a parent and cheating on a spouse. Goldberg says, “The adult child stays in a state of disbelief, and rejects reality in many ways in order to feed the delusion that the parent is still alive. The grieving child needs a new attachment figure, that’s the psyche trying to reconcile the denial and grief. So rather than say, ‘My mother died,’ the grieving child can say, ‘While Mommy’s away, I will play with someone other than my spouse.’”

You may experience feelings of shame or regret
Distorted thoughts can arise easily after the loss of a loved one. This is true especially when a child reflects on how they treated their parents before they passed. Ross Grossman, a licensed therapist who specializes in adult grief, has identified several “main distorted thoughts” that infect our minds when we face adversity. Two of the most prominent are “I should be perfect” and “they should have treated me better.” These are opposing thoughts, but they are harmful in that the former leads to self-esteem issues stemming from feeling inadequate, and the latter leads to toxic resentment. Speaking to a therapist to relieve these trapped ideas about the deceased and your relationship is important if you recognize a change in your thought pattern or emotions following their death.