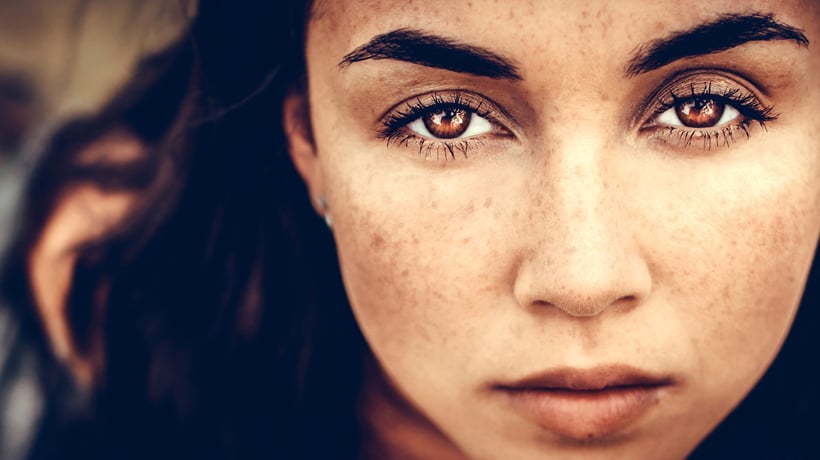 Constitution
A confident woman has thick skin and isn’t easily offended, and when she is offended, she’s strong enough to laugh it off or kick some ass, whichever she chooses. I like to see myself this way, so I always admire it as a trait in others.

Positive attitude
She has a positive point of view from which she sees the world. I’m not saying she doesn’t keep it real, but she doesn’t let the baggage of others bring her down. Once she’s up and moving, she sets her sights high and believes in herself. People swarm around women like this.

She’s a great role model
Any parent or parent-to-be wants to know their children will grow up to be strong, independent, and have respect for others and for themselves. Society has come a long way toward showing respect regardless of gender or sex, but we all know this is a long road. Any good role models to the youth of our society get thumbs up from me.

Independence
One of the traits a wise man especially admires in a confident woman is her independence. Her ability to stand on her own means any man lucky enough to be with her, is there because she really wants him, not because she needs him.

She knows her worth
I’ve met so many people in my life who felt that they were not worthy of the love they received from their mate. Such insecurity is bad because it eats away at self-confidence and, eventually, the relationship. The confident woman isn’t a snob about it, but she knows that she is just as deserving of love as anyone else.

She’s a badass
One of the coolest things I ever experienced was when I was visiting family with my wife and a group of “the guys” were being insensitive regarding a women’s issue. I tell you, my wife got up in the face of the loudest person and called him on his BS. I was so proud of her, plus a little ashamed that I hadn’t put an end to it myself. She stepped in fearlessly and stood up for what she believed in.

Bravery
I’m the proud uncle of a young woman who emancipated herself when she was 16. Think about the confidence and bravery it took to give up the comforts of home. Confidence is not the lack of fear, it is the determination to proceed despite fear. She has been growing stronger ever since, and I’m proud of her, and I respect her judgement.

The myth that men don’t like confident women is just that, a myth. I enjoy the company of confident women, and I had better enjoy it, because there are more and more every day. You go girls!