7 Signs a Partner is Cheating (& Worried About Getting Caught) 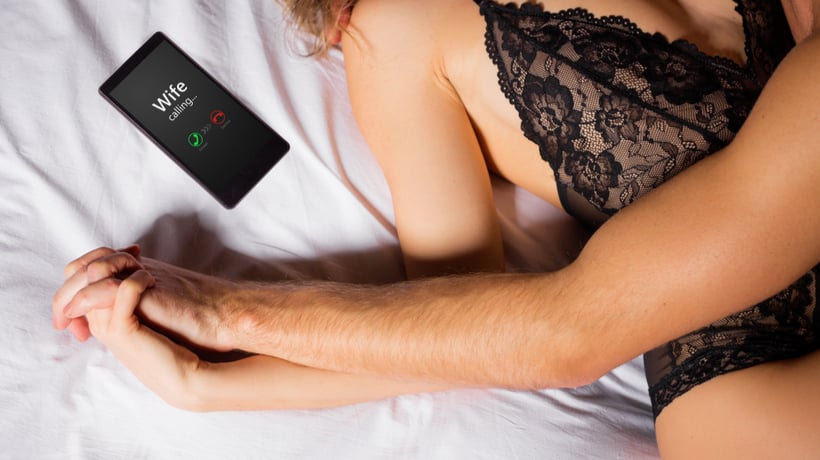 Feeling afraid that your partner is cheating on you is one of the worst gut-wrenching pains imaginable. It is especially hard when it doesn’t seem so obvious, but something is telling you that something is off. It’s usually smart to trust your intuition and try to find out the truth. You may want to sit down and ask your partner if your gut feeling is right.

Here are some signs a partner is cheating and afraid of getting caught:

He’s beginning to care what he looks like again.

Robert Weiss, Ph.D., says, “If your significant other suddenly starts exercising and eating healthier, that could be a sign that they are trying to appear more attractive to someone (possibly you, but possibly an affair partner).” If he is suddenly taking extra time to get ready and smelling like the Macy’s cologne section to LEAVE the house your gut feeling might be on to something.

He’s paying close attention to his phone and turns the screen away when you walk by.

If he is being careful to leave his phone far from you when he’s not using it or jumps whenever his phone rings, it might be time to investigate. Weiss says, “If your partner never relinquishes possession of their phone, even taking it into the bathroom when they shower, that’s not a good sign. If you ask to review your partner’s phone, and they say no, that’s also a problem.”

He’s not interested in getting busy with you anymore.

Did you go from fighting him off you or arguing about not having intercourse to suddenly he doesn’t mention it at all to you? There’s something to be said if he went from being persistent in pursuing you to nothing at all. Weiss states, “Less sex occurs because your partner is focused on someone else; more sex occurs because they are trying to cover that up.” He says to be aware of new techniques in the bedroom or just feeling emotionally disconnected.

He suddenly became insecure and jealous.

When a man is cheating, he might begin to project his insecurities on you. Because he is doing things to not get caught constantly, he might be hyper-aware of any little actions you take. Weiss states, “If it suddenly seems like nothing you do is right, or that things that used to not bother your partner suddenly do, or as if you’re getting pushed away, that could be a strong indication of cheating.”

He’s having more mood swings than you.

Sometimes when people do something wrong they will lash out in anger as a defense mechanism. Weiss says, “Cheaters tend to rationalize their behavior (in their own minds). One way they do this is to push the blame onto you.” If you ever try to calmly have a conversation with them asking if they’re cheating and they have a tantrum as you have never seen before, it might be time to be concerned.

If he says he’s “out” with “people”, but used to say things like, “I’m at the bar around the corner with Tommy,” he might be cheating. If your partner and suddenly becoming secretive or vague, you might want to be worried. Weiss advises, “If your partner is cheating on you, they are less likely to answer your calls and respond to your texts.”

Their friends are uncomfortable around you.

Weiss says, “With infidelity, you, the betrayed partner, are nearly always the last person to find out. The cheater’s friends often know about the infidelity right from the start, and your own friends are likely to find out long before you do.” Their friends might begin treating you different and acting awkward around you. They may be overly nice to you, or just try to avoid you altogether.