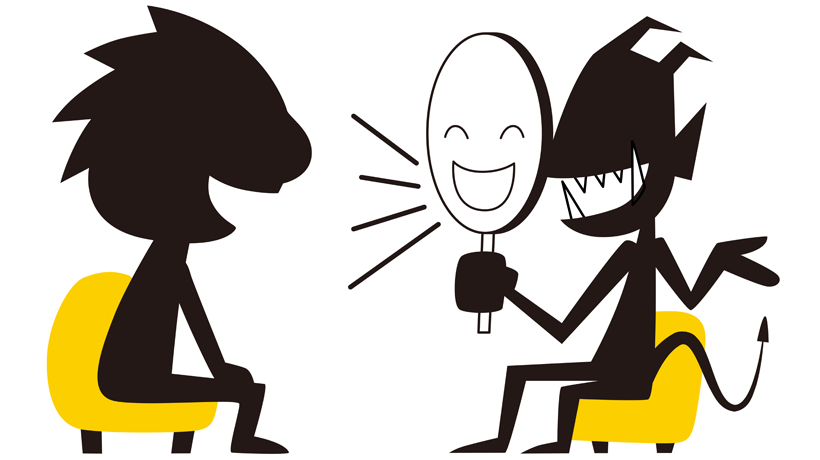 Nobody likes a fake person. You can’t trust them, they seem to have a hidden agenda, and they often talk about you behind your back. Some phonies are easy to spot, but others are master liars and fly under the radar. What signs can you watch for, and how do you put a stop to their manipulation?

Backhanded Compliments
A fake person wants to get on your good side, while still undermining you. You might hear things like, “oh, you wore your hair up today? It looks so pretty when it’s down.” They might think that they can win you over by masking an insult with a compliment, but don’t be fooled.

They’re always agreeing with you
Every time you have an idea they nod enthusiastically and say how smart you are. They’re trying to butter you up to make you think you can trust them. But watch out; they might try to take credit for your work, and soon your great idea could become their great idea. Be careful what you say around them.

Everything is your fault
On the flip side, if a mistake is ever made, they won’t accept any responsibility. They’ll try to make you feel like you’ve done something wrong and that you’re the one to blame.

They play victim
They’ll try to get sympathy by talking about their misfortunes. They might even tell flat-out lies to make themselves look better.

They have a lot of friends
Fake people may surround themselves with a lot of acquaintances. Not everyone will see their true colors and many will fall for their manipulations. Listen to your gut, rather than what you’re seeing in front of you.

Last-minute cancellations
They’ll have plans with you, but right before you’re supposed to meet, something will come up and they won’t be able to make it. Of course this happens to everyone on occasion, but if it’s consistent, they’re not sincere. Don’t waste your time on them.

They tell you about all their good deeds
They love to talk about how they volunteered at the animal shelter or helped their cousin move last weekend. When people genuinely want to help, they don’t brag about it.