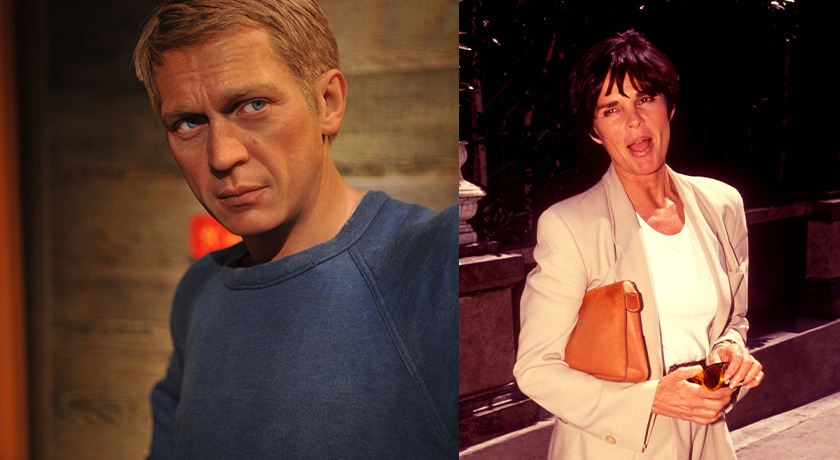 According to a feature on People.com, they met on the set of the movie The Getaway in 1971. MacGraw, who was married to producer Robert Evans at the time, left him for McQueen. She married McQueen in 1973.

“This was a man who could walk into any room and a man, woman, and child all would go, ‘Whoa, what’s that?’ And I was no exception,” she told PEOPLE.

“He was incredibly attractive most of the time but there was also danger, there was a bad boy there,” she continued.

Per an article on Foxnews.com, they divorced in 1977 after five years together. Unfortunately, McQueen died of cancer three years later, in 1980.

MacGraw revealed she struggled with alcoholism during her relationship with McQueen, and McQueen was no stranger to drug and alcohol abuse, as well.

“I wish we had both grown old sober,” MacGraw, now 83, expressed. “There were wonderful days and dreadful days.”

A feature on Yahoo.com, reports that MacGraw earned seven Academy Award nominations, including Best Actress, for her role as Jenny in Love Story. She also starred in other successful movies like Convoy and Goodbye, Columbus.

Despite her successful career, MacGraw decided to leave Hollywood. The People.com article revealed that MacGraw moved to New Mexico in 1994 and has been sober for 31 years.

She also has a clothing line with the organization Ibu Movement.