Adele opens up about her upcoming album, her body image, and finding joy post-divorce 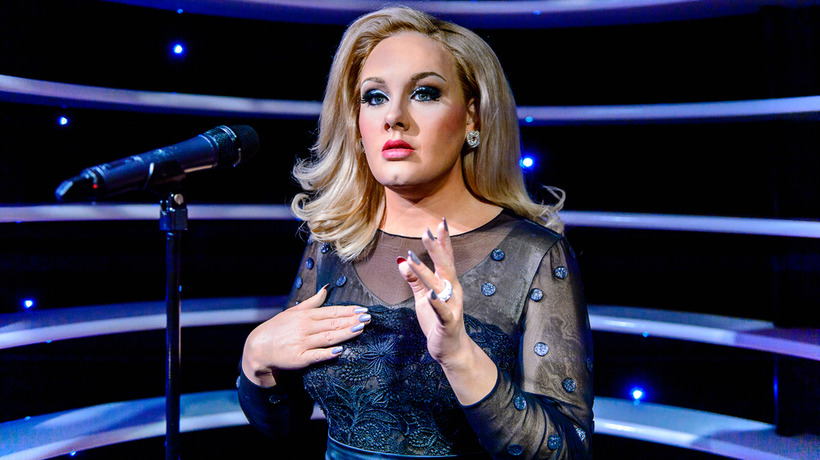 Adele is opening up about her upcoming album, her weight loss journey, and finding happiness post-divorce.

In a recently published article for Vogue magazine, the 33 year-old singer talks about what it has been like to return to the studio after a six year hiatus and a painful divorce from Simon Konecki in 2019, with whom she shares nine-year-old son Angelo.

“It’s sensitive for me, this record, just in how much I love it,” Adele said. “I always say that 21 doesn’t belong to me anymore. Everyone else took it into their hearts so much. I’m not letting go of this one. This is my album. I want to share myself with everyone, but I don’t think I’ll ever let this one go.”

Even though there are plenty of songs talking about her separation from Konecki, the “Rolling in the Deep” singer explains that the album doesn’t solely focus on her divorce; for her, it’s a record that focuses on her journey of finding self-happiness.

“I feel like this album is self-destruction,” she added, “then self-reflection and then sort of self-redemption. But I feel ready. I really want people to hear my side of the story this time.”

The British singer-songwriter has gone through plenty of ups and downs over the years aside from her marital struggles. Over the last three years, she has lost 100 pounds, thanks to a vigorous workout routine, which led to a media frenzy surrounding her body and weight. Her weight loss began making headlines in October 2019 when she was spotted at Drake’s birthday party and after posting a photo to social media with the caption: “I used to cry but now I sweat ?.”

However, even though her exercise regimen has helped her physically, the Grammy award-winning artist opened up about how the real motivation was never her weight but rather her own happiness.

“I did it for myself and not anyone else. So why would I ever share it? I don’t find it fascinating. It’s my body,” she said, explaining why she refrained from posting about her weight loss journey on social media.

Moreover, her new healthy lifestyle has also had a major impact on her mental health. For Adele, working out became a way to overcome her severe anxiety.

“The gym became my time. I realized that when I was working out, I didn’t have any anxiety. It was never about losing weight,” she said. “Working out, I would just feel better.”

Now, Adele works with a personal trainer and does intense weight lifting and circuit training every day﹘ sometimes several times a day if she’s feeling especially anxious. During quarantine, she told British Vogue that she would work out three times everyday:

“So I do my weights in the morning, then I normally hike or I box in the afternoon, and then I go and do my cardio at night.”

She also explained how her diet isn’t responsible for her new figure.

“No intermittent fasting. Nothing. If anything I eat more than I used to because I work out so hard,” she said.

In her Vogue interview, Adele also talked about some of the newfound joy she has discovered in her new relationship with boyfriend Rich Paul. The two had been friends for a while before they began their relationship this year.

“He was always there, I just didn’t see him,” she said.