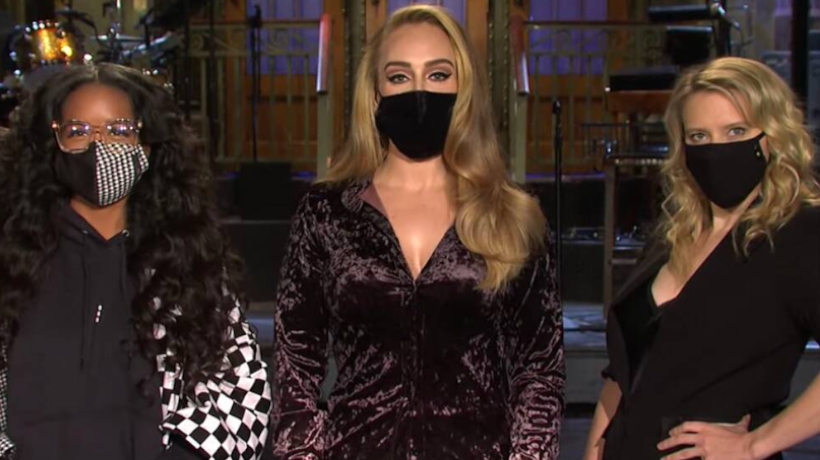 Adele really can do it all this year.

The star, who is usually known for her music, is taking on a different role on Saturday Night Live this week as she hosts for the first time. She’s not even performing, so she’ll be solely showing off her comedy chops. She gave fans a tease in the newest SNL promo, which was posted on Thursday afternoon.

In the first half of the video, Kate McKinnon mistakes Adele saying that H.E.R. is the musical guest for her being the musical guest, and the three women all declare themselves to be the musical guest. In the second half, Kate puts on her best English accent to imitate Adele, and to show just how unfazed she is by the impression, Adele offers her best American accent in return.

“Oh my god, no worries girlfriend,” she says, and it’s not bad! Maybe we’ll even get a whole sketch of it on Saturday.

SNL released a photo of Adele on set on Wednesday, and earlier in the week, the singer said on Instagram just how she’s feeling to be taking the iconic stage and why she’s not also the musical guest.

“Bloooooody hellllll I’m so excited about this!!” she wrote. “And also absolutely terrified! My first ever hosting gig and for SNL of all things!!!! I’ve always wanted to do it as a stand alone moment, so that I could roll up my sleeves and fully throw myself into it, but the time has never been right. But if there was ever a time for any of us to jump head first into the deep end with our eyes closed and hope for the best it’s 2020 right?”

Adele was the musical guest for the first time in 2008 (just weeks before the 2008 presidential election), it was the highest-rated episode of Saturday Night Live since 1994. She played an acoustic version of “Chasing Pavements” and her album, 19, topped the charts the next day.