After Losing His Wife and Daughter to the Same Disease, Pierce Brosnan "Stands Up To Cancer" 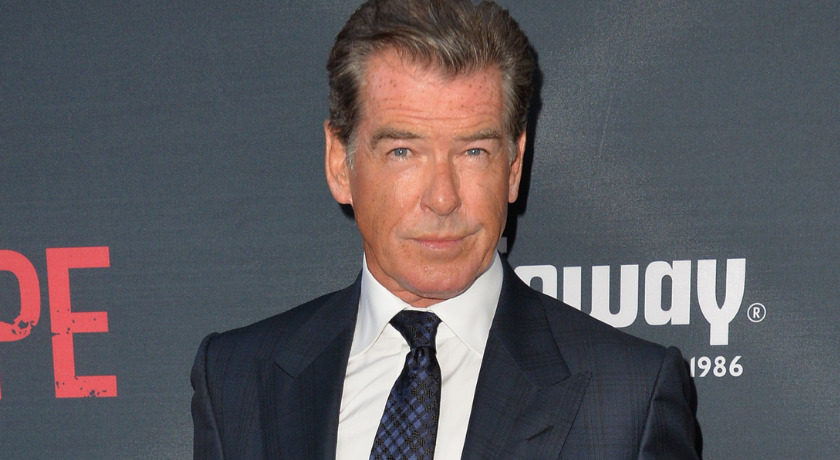 Pierce Brosnan, known for his role as James Bond in the 90s and 2000s, is approaching ten years since the loss of his daughter, Charlotte. Charlotte died of ovarian cancer in June 2013.

Before Charlotte, Brosnan dealt with losing a loved one to cancer over 20 years prior. His first wife, and mother to Charlotte, Cassandra Harris, died of ovarian cancer in 1991, after battling it for four years.

“There is an incredible cruelty in it all, losing a person you shared everything with,” he told People shortly after her passing. “This is the first time in my life I’ve ever experienced bereavement, and it’s overwhelming.”

After marrying in 1980, Cassie (as Brosnan called her) brought two children from a previous marriage, Charlotte and Christopher. In 1986, their biological father, Dermot Harris, passed away. Then, Brosnan officially adopted his two children. He and Cassie had another son, Sean, who was born in 1983.

By 1987, though, Cassie was diagnosed with the illness that would eventually take her life, the same cancer that took both her mother and her daughter.

“From day one, we really had a fight on our hands,” said Brosnan. “This wasn’t a shadow or a small tumor — this had invaded Cassie’s being.” He continued with saying how Cassie “took her destiny in her own hands with incredible courage and grace,” as she was very hesitant to which medications she took, making sure she took the right ones.

By the end of her battle in 1991, Brosnan said he was “in a helpless state of…confusion and anger.”

“She was comforting me,” he continued. “She said, ‘Please, darling, don’t worry. It’s just a life winding down.’ What can you do? Up until then there was always something, some new treatment. But then the options got fewer and fewer. At the end, Cassie didn’t want to be resuscitated [by] any machines.”

22 years later, his daughter Charlotte was struck by the same illness, around the same age as her mother (41). Charlotte also had children, who were similar in age to she and her brother at the time of her mother’s death.

“Charlotte fought her cancer with grace and humanity, courage and dignity,” he told People in a statement, in 2013. “Our hearts are heavy with the loss of our beautiful dear girl.”

Pierce described his late daughter as a “custodian of laughter” and “a bubbly, almost kind of goofy, gorgeous girl.” Charlotte’s longtime friend, Clare Beckwith, expressed Charlotte’s relationship with her children, Bella and Lucas.

“To their mummy, Bella and Lucas were absolutely the pinnacle,” Beckwith said. “They have always got that for the rest of their life, that their mum just worshiped them. People would ask her why she didn’t move into acting, and she would always say, ‘No, this is my family.’ She wanted to give her family as much love as she could. She was totally devoted to them.”

In 2014, Brosnan decided to team up with the Stand Up To Cancer organization, who’s dedicated to fund and support cancer research programs via charitable donations.

“To watch someone you love have his or her life eaten away bit by bit by this insidious disease,” he said during a SU2C telecast a year after losing his daughter, “that part of your sorrow becomes an indelible part of your psyche. I held the generous, strong, beautiful hand of my first wife Cassie as ovarian cancer took her life much too soon.

“Just last year, I held the hand of my funny, wonderful daughter Charlotte before she, too, died from this wretched inherited disease,” he continued.

He was joined by a number of celebrities – including Gweneth Paltrow, Jennifer Anniston, Halle Berry (among others) with musical performances from Ariana Grande, Dave Matthews, and The Who – in raising awareness and donating money for cancer treatments.