Mariska Hargitay's Adoption Journey was "Nothing Short of Devastating" 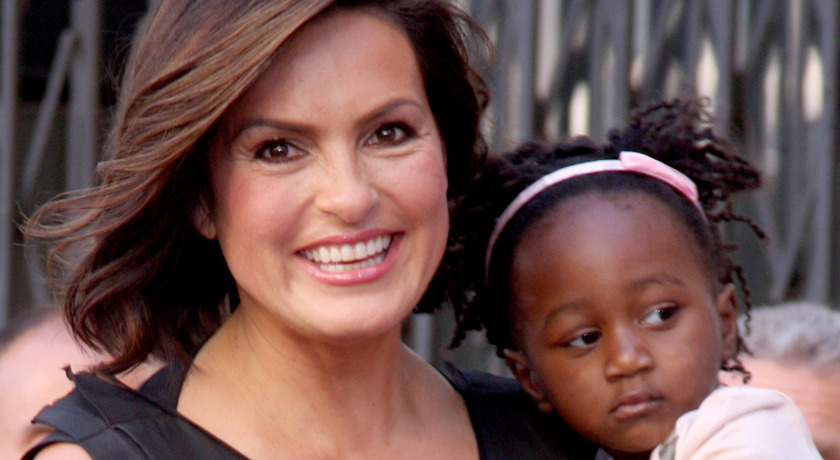 Mariska Hargitay, the star of Law and Order: SVU and mother of three, turns 59-years-old, today. Just a year from the big 6-0, let’s take a look at how she began her motherhood journey, 17 years ago.

Hargitay welcomed her first child, a son named August, with her husband Peter Hermann, in 2006. She was 42 when she gave birth for the first time. Like many “geriatric pregnancies”, hers brought with health risks and setbacks.

“First time pregnant, you’re like, I gotta eat more! I have to make sure he has enough of every single food group!” she told SELF Magazine. “I did get into eating too much. This pregnancy was really hard for me at the end. I wasn’t mobile.”

The pregnancy resulted in an emergency c-section. Among these complications, it was clear to Mariska and Peter that any future family plans would have to be through adoption.

The couple have welcomed two children through adoption, Amaya and Andrew, both of whom entered the family in 2011, just months apart from each other. Harigtay and Hermann faced previous challenges in the months leading to their first successful adoption of Amaya, including the mother of a potential match changing her mind, shortly after birth.

Mariska expressed how difficult it already was to adopt, being in the public image.

“They all know who I am,” she told Good Housekeeping, regarding the different mothers she met who she’d adopt from. “I trusted them with open arms. And they trusted me. It’s a huge relationship.”

“I wanted to have [time] with this young woman, to look into her eyes and be able to tell her I would love her child,” she continued. “I wanted her to meet August, to see our family, to understand where the baby would be. I wanted her to feel she had won the jackpot.”

This particular young woman did not meet with any other adoptive mothers and Hargitay was feeling confident in their agreement. Before she knew it, the mother had given birth to a little girl; Mariska described her as a “little angel” as the woman handed her the newborn in the hospital. Mariska and Peter brought the girl home and named her, but only days later, the woman changed her mind and wanted to keep her daughter.

“It was nothing short of devastating,” Mariska explained.

“But…this is what I’ve come to understand about life: It was probably the greatest, happiest ending,” she continued, discussing her feelings and conflict with the events that transpired. “I mean, it was so painful for us, but it was deeply joyful and deeply right for her. And so when she changed her mind, I felt honored to be part of the process. It was a profound blessing to have been part of the making of a union; that God had picked me.

“I don’t even want to say that I helped, but for some reason I was there, and I was part of a decision that was so beautiful and sacred. I’m a woman in my 40s. I’ve lived a life, I know about decision-making and ramifications and choices, and how they affect everything you do. That’s age and wisdom. But someone very young — they don’t know! They can’t know yet.”

Months later, Mariska and Peter adopted their daughter, Amaya, to which Mariska was “deliriously happy,” as she told People. Then, months after that, they adopted their son, Andrew, who Mariska describes as her “angel that fell out of the sky.”

“It’s something that happened very quickly, when adoption can take a long time,” she told People in 2019. “We were so beautifully and surprisingly…not because we’re not in sync, but surprisingly in sync about something so huge. So momentous.”

Hermann also weighed in on raising a diverse family with his wife.

“It’s funny, I always get so private about our kids, but I think that the easiest way or the easiest answer is we just wanted a bigger family and we feel incredibly blessed.”