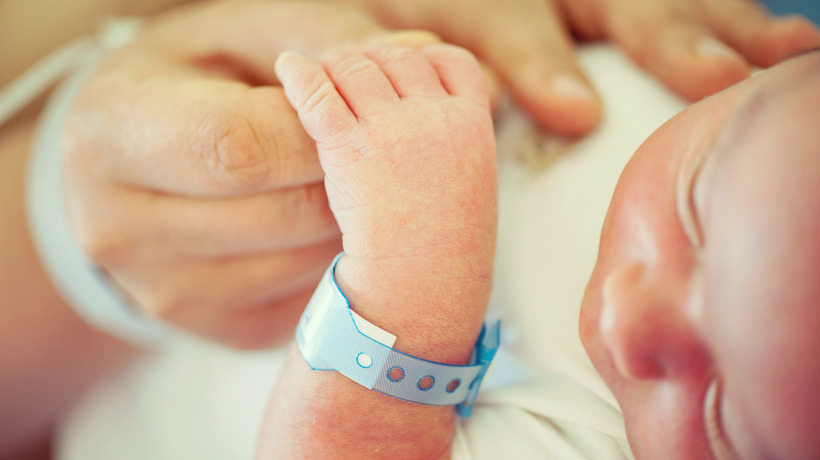 One Arizona couple is celebrating a big addition to their family, after welcoming their third son Finnley earlier this month. The newborn weighed an astonishing 14.1 pounds—double the size of an average newborn. He’s tall too, measuring nearly two feet.

“[The doctors] were like, ‘Oh my God, I can’t believe he’s so big!’ They couldn’t wait to get him on the scale,” Finnley’s mother, Cary Patonai, said to local reporters.

“They got him on the scale like, ‘14.1, I’ve never seen it that big!’ The doctor and one of the sweetest nurses there, they were all taking selfies with us. They asked permission of course, but they were just so pumped,” she added.

Finnley was born on Oct. 4, two weeks premature, making his large size even more of a rarity. Had he been born on his due date, doctors predict that he would have weighed about 16.5 pounds.

Aside from his size and early homecoming, Finnley’s birth is a miracle for other reasons. Last year, Patonai and her husband suffered two devastating miscarriages while trying to have Finnley, in addition to 17 previous miscarriages before they gave birth to Everett, their two year-old son.

“Two of those miscarriages were sets of twins so it was very difficult,” said Cary.

Patonai is thankful Finnley was born healthy, although his stature may have been foreshadowed by his two older brothers. Devlen, who is now 10 years old, was born at 8 pounds, 2 ounces, whereas Everett was 11 pounds, 11 ounces.

“When [Everett] was born, he was my doctor’s top five of the biggest and I was like, ‘Just you wait! I’m gonna get to the top of the list,’ totally joking two years ago, and then we accidentally did it,” Patonai said, laughing.

“Our family is finally complete,” she said. “He’s absolutely perfect.”