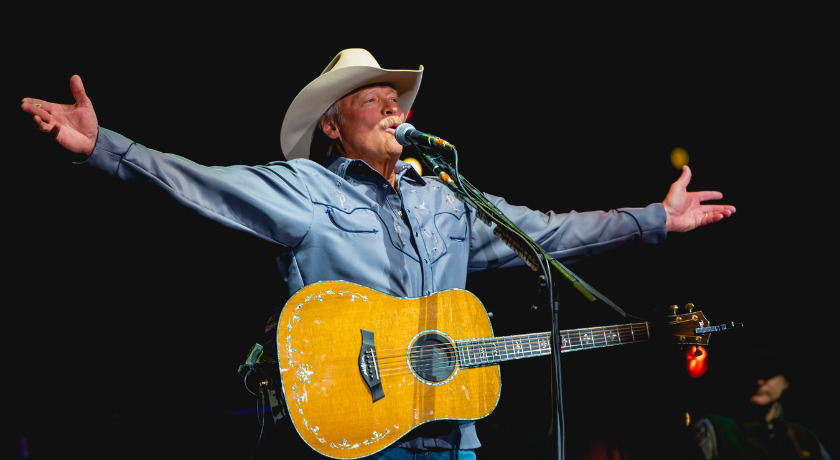 Alan Jackson, longtime country music star and Grammy award winning artist, revealed in the fall of 2021 that he was suffering from Charcot-Marie-Tooth disease, a nerve condition that has affected his muscles and balance.

Jackson was diagnosed with the illness over a decade ago now, but he recently said that the symptoms have become “more and more obvious,” according to Today.

“It’s genetic that I inherited from my daddy…There’s no cure for it, but it’s been affecting me for years,” Jackson told Today back in September, 2021. “And I know I’m stumbling around on stage. And now I’m having a little trouble balancing, even in front of the microphone, and so I just feel very uncomfortable.”

Charcot-Marie-Tooth disease, or CMT, is “one of a group of disorders that cause damage to the peripheral nerves as well as sensory information back to the spinal cord and brain. CMT can also directly affect the nerves that control the muscles,” per MedPage Today. They continue, “CMT affects both sensory and motor nerves in the arms, hands, legs, and feet. The affected nerves slowly degenerate and lose the ability to communicate with their distant targets.”

Despite the struggles Jackson faces, both he and MedPage confirm that CMT is not deadly. There is no cure for it, but there are a number of ways to treat it, such as physical therapy and/or orthopedic surgery.

As of more recently, there haven’t been many updates on the singer’s health. He did postpone his Last Call: One More for the Road tour last October due to “health issues”, to which Jackson confirmed on his official website that it was related to his CMT. “I hoped I’d be able to be there; I hate to disappoint my fans,” he said in his statement. “I tried as much as I could to play this show at this time.” The tour has yet to resume.

About a week later, Jackson attended the CMT (Country Music Television) Artists of the Year celebration where he received the “Artist of a Lifetime” award. The country music icon also welcomed his first grandchild in December just before the holidays. His grandson, Jackson, was born to Alan’s daughter, Alexandra. Alan and his wife of 43 years, Denise, celebrated their grandson’s birth with an Instagram post, captioned, “So happy that this little guy has made us grandparents!”