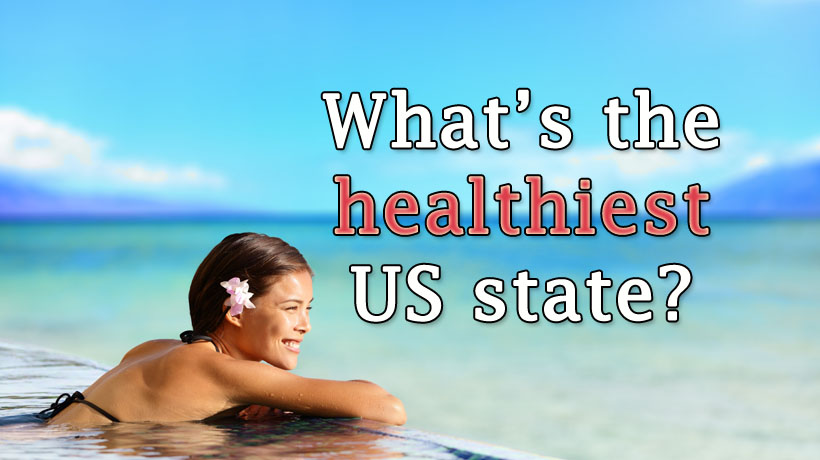 At the end of 2017, you might have made a resolution to be healthier in 2018. Did the rest of your home state keep that resolution, too?

Now, we can see how all 50 US states fared in 2018. The United Health Foundation, a nonprofit division of UnitedHealth Group, has published America’s Health Rankings Annual Report every year since 1990. To calculate the rankings, researchers gathered statistics and place them in five different categories: behaviors, community and environment, policy, clinical care, and health outcomes.

The report says the United Health Foundation uses the World Health Organization’s definition of health: “Health is a state of complete physical, mental and social well-being and not merely the absence of disease or infirmity.”

To determine the rankings, they ranked several factors, such as obesity or air pollution levels in the state. For example, the top three states rank in the top 10 in all five categories. If a state ranked number one in “behaviors” but much lower in “policy,” it wasn’t guaranteed to rank number one overall.

The United Health Foundation used 35 different measures to determine the rankings. The statistics they gathered for each measure held different weights for the rankings. For example, obesity, air pollution, and being uninsured had some of the highest weight values, whereas HPV immunization and salmonella outbreaks had lower values on the ranking.

Maine is the state that improved the most from last year, jumping from 23rd to 16th. California and North Dakota also moved five spots. Oklahoma slid from 43rd to 47th, indicated the biggest health decline of any state.

The states with the most health challenges
The US states that had the lowest health scores are generally in the American south. The states that ranked 41st-50th were Indiana, Tennessee, South Carolina, West Virginia, Kentucky, Arkansas, Oklahoma, Alabama, Mississippi, and Louisiana.

Louisiana ranks 50th in both the behaviors and community and environment categories, 47th in clinical care and 48th in health outcomes.

To learn more about your home state, or to compare and contrast all of the states, you can view their interactive website.