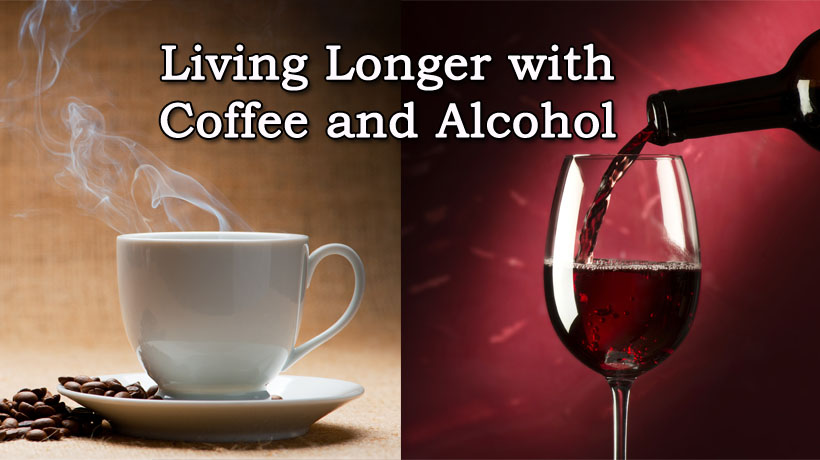 If you like a glass of wine at the end of the day, you might be in luck. According to research, drinking moderate amounts of alcohol is linked with longer life.

But if you’re thinking about healthy aging in the morning and it’s not quite “five o’clock somewhere,” another beverage might advantageous. The same study found a correlation between coffee and living longer.

Drinking these drinks is often considered a vice, but results from a study of people older than 90 years old suggest moderate consumption may not be that detrimental.

The UC Irvine Institute for Memory Impairments and Neurological Disorders (UCI MIND) in California has been studying factors that could affect healthy aging in a study called the 90+ Study. According to UCI MIND’s website, the 90+ Study is one of the largest studies of older adults in the world. Their goal is to discover what lifestyle choices help people live to 90 years old and older.

Some of the results were unsurprising. As reported by Joe Schwarcz, Ph.D for McGill University’s Office for Science and Society, people who smoked had a shorter lifespan. Meanwhile, those who exercised 15-45 minutes a day tended to live longer.

Yet for wine connoisseurs and coffee addicts, there were even more exciting results. According to UCI MIND’s website, participants in the study who abstained from coffee or alcohol actually reported shorter life expectancies than those who drank a moderate amount.

How much to drink
As appealing as your favorite drinks may be, researchers don’t suggest liquor is the nectar of long life. UCI MIND reported that moderate consumption led to longer lives; so, drinking more doesn’t necessarily mean you’ll live longer.

According to Schwarcz’s reporting for McGill University, people who drank up to two drinks per day lived longer than non-drinkers. Any type of alcohol had the same effect, so two glasses of wine would have similar results as two bottles of beer.

Moderate amounts of coffee were also linked with longevity. At the 2018 annual conference for the American Association for the Advancement of Science, lead researcher Claudia Kawas, MD said two cups of coffee a day were considered “moderate.”

The 90+ Study didn’t report the reasons why these drinks could help people live longer. But if you are craving a cup of joe to start your day or an alcoholic drink with your dinner, go ahead. You might be adding another year to your life.