Authenticity as a Business Edge 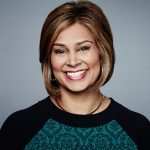 Zain Verjee has had a wildly successful career as a CNN news anchor, even though she never thought she’d be a journalist—let alone on TV or CNN. Originally an Environmental Studies student attending York University in Canada, she found she had a knack as a radio DJ. “I have no formal education or training in journalism. I did it all on the job,” she says.

After years as a recognizable anchor, Zain made the brave decision to speak openly about her struggle with psoriasis, a chronic skin disease. Moving forward in her career, she decided to leave CNN and has founded the Zain Verjee Group, a media advisory company for governments and corporations in Africa.

Check out Zain’s strategies for succeeding while being true to yourself.

Speaking up in a new way
It was a big decision to speak up publically about my psoriasis. The amount of feedback was immense, far greater than any story I had ever done as a journalist. Now when I go to meetings or dinner parties, people bring it up. It allows me to have deeper connections.

Vulnerability is a strength
A lot of people see vulnerability as a weakness. When you express yourself, you create new opportunities. A big part of being a successful entrepreneur is taking risks and doing things imperfectly. If we present ourselves honestly, then people are more open to doing business with us.

Making real connections
If you have genuine connections, people trust you. When Kenya was having its post election violence, I was in a refugee camp interviewing a woman. At first she was withholding, but I wasn’t just a journalist trying to get a story, I really cared about what was going on. There was a moment when I felt we connected—she smiled and wept, and from that point on she completely opened up.

Getting known for your style
At the start of my career, I wasn’t as confident as I am today. We often try to emulate other people, but once you find your own voice, you can develop a style based on that. People see this and want to do business with you.

Abandon Perfection
For a long time I thought I had to demonstrate perfection. When I wrote about my psoriasis, I realized it was ok to be flawed and to have emotional challenges. Instead of focusing on how we can be perfect, we need to focus on our self improvement. That’s a better business strategy. Ask, “How can I improve?” It’s not about meeting other people’s expectations, it’s about meeting your own.

Who saw something in you early on that you didn’t see in yourself—what was that?

At first when I started DJing, it was just to fill in some time before I finished my master’s thesis. My mother and father said to me, “Not only do you have the gift of the gab, but you also have a really nice voice. Maybe you should look at this hobby as a career.”

How do you navigate between home and work?

I’m making a much more concerted effort to have a personal life. I focused so much on work when I was younger, but I’ve reached a point where I’ve realized that work isn’t everything. Really it’s a question of prioritizing the relationships I want to have in my life. Someone once told me: “You need to pick what’s most important at a particular stage in your life.”