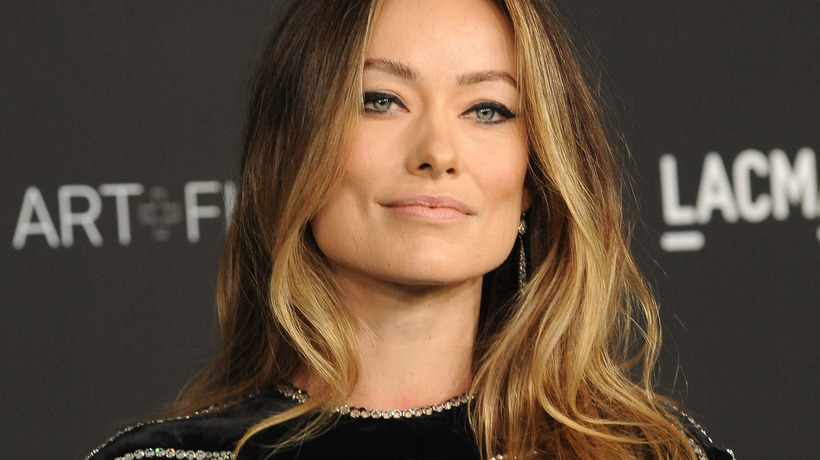 On Tuesday, during CinemaCon in Las Vegas, Olivia Wilde was served an envelope marked “Personal and Confidential” while on stage.

At the time, many believed that the envelope contained a script, but PEOPLE confirmed that Wilde was served legal papers concerning her children with ex-fiancé Jason Sudeikis.

According to Deadline, Wilde was interrupted by an “unidentified woman” while on stage discussing her new film Don’t Worry Darling.

A witness heard Wilde ask “this is for me?” before saying it seemed “mysterious.” Thinking it was a script, said she was “going to open it now.”

Once she opened the envelope, Wilde read its contents before saying “okay, got it. Thank you,” and continued with her speech.

The envelope was never brought up again, leaving the audience to speculate what the actress had just received.

A source close to Sudeikis told PEOPLE that “papers were drawn up to establish jurisdiction relating to the children of Ms. Wilde and Mr. Sudeikis,” referring to their children, Otis, 8, and Daisy Josephine, 5.

“Mr. Sudeikis had no prior knowledge of the time or place that the envelope would have been delivered as this would solely be up to the process service company involved and he would never condone her being served in such an inappropriate manner,” the source added.

Family law attorney David Glass told PEOPLE it was “highly unlikely” that Sudeikis didn’t know any details of how Wilde would be served.

“We get all that information from them,” he said. “And if you’re going to go to that sort of extreme length to do it publicly, to do it in an embarrassing way, I can’t see the client not knowing about it. You’re obligated as an attorney to share most things that you’re doing with your client.”

Once it was confirmed that the envelope contained court documents, questions began to formulate about the woman who bought the envelope, and how she may have gone into CinemaCon.

The Managing Director at CinemaCon LLC, Mitch Neuhauser, told PEOPLE in a statement that “as the convention organizer, we have never in the history of the convention had an incident where a delegate has approached the stage who was not authorized to be there.”

“In light of this incident, we are re-evaluating our security procedures to ensure the safety of all of our attendees,” he added.