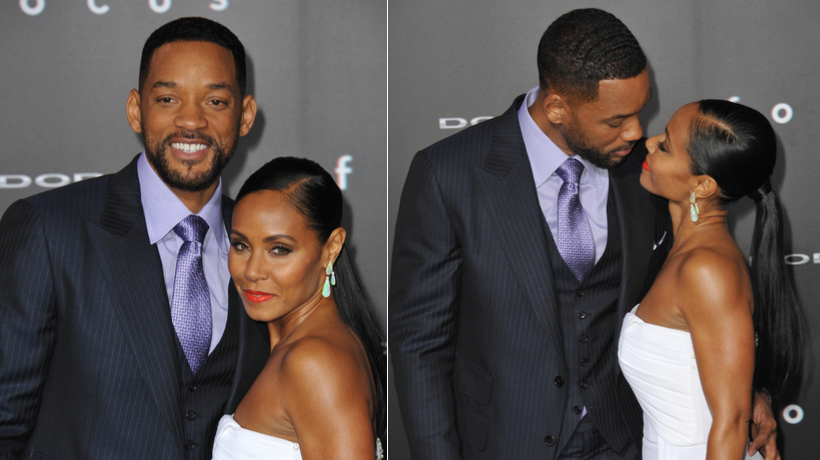 A relationship that has stood the test of time is one of Hollywood’s most iconic power couples, Will Smith and Jada Pinkett Smith. Despite a slew of rumors of divorce and infidelity, the couple continues to stand by each other. Though the two have never shied away from discussing the ups and downs of their relationship, their marriage is a testament to how they’ve managed to work through their issues even while being in the public eye.

The couple first met after Jada auditioned to play Smith’s character’s girlfriend on the ‘90s sitcom The Fresh Prince of Bel-Air. Unfortunately, the five-foot actress didn’t get the part because she was too short. Although Will and Jada didn’t get to play a couple on-screen, they began building a real-life friendship. At the time, Will was still married to Sheree Fletcher, but the two divorced in 1995 and share a son, Trey.

When Fletcher ended things, Smith then tried to woo Jada and they started dating in 1995 as well. In an interview with Access, Pinkett Smith admitted that Will was still technically married when the two started dating. “He was ‘div,’” she said. “The ‘orced’ hadn’t happened yet.”

Following two years of dating, on New Year’s Eve 1997, Jada and Will were married in a private ceremony at the Cloisters Mansion in Jada’s hometown of Baltimore. “One day we got engaged, and the next day we found out we were pregnant,” Pinkett Smith told People. Jada was three months pregnant with their first child as they got married. After the private ceremony, the newlyweds headed to Miami for a three-day honeymoon. They then flew to Washington, D.C., to film Enemy of the State together.

In 1998, Jada and Will’s oldest son, Jaden was born, with a speedy delivery. “The doctor said it would take an hour-and-a-half to deliver him,” Jada told Fit Pregnancy. “I said, ‘Oh it’s not going to take that long. I’m too anxious to meet this baby.’ It took me 20 minutes to push him out. My mother’s a nurse and she was in there with me and she was amazed!” Today, Jaden is a rapper and actor, even alongside his father in “The Pursuit of Happyness.”

Two years later, the couple welcomed their daughter, Willow, and has continued to follow her family into the entertainment industry. In 2010, she released her song “Whip My Hair” and it thrusted her into the spotlight. She currently cohosts Red Table Talk with her mom and grandma, Adrienne Banfield-Jones.

Then in 2013, in an interview with HuffPost Live, Pinkett Smith’s comments about the Smith’s marriage raised a few eyebrows. “You can do whatever you want as long as you can look at yourself in the mirror and be OK,” she said in the interview. Her comments led to speculation that the two had an open marriage.

Jada later clarified her statement on Facebook, assuring fans that their relationship is solid. She said that she trusted Will to make his own decisions based on his integrity. “This does NOT mean we have an open relationship…this means we have a GROWN one,” she wrote.

Recently in an episode of Red Table Talk, Pinkett Smith explained that she and R&B singer August Alisna were involved in an “entanglement” while she and Smith were separated in 2016. “I just wanted to feel good, it had been so long since I felt good,” she told viewers, and shred how she had been helping Alsina with his addiction. “And it was really a joy to just help heal someone. I think that has a lot to do with my co-dependency.”

Having been together for more than two decades, the Smiths revealed that they’re well beyond relationship labels, as proven by a conversation Smith had on TIDAL’s Rap Radar podcast in 2018. “We don’t even say we’re married anymore,” Smith explained on the podcast. “We refer to ourselves as ‘life partners,’ where you get into that space where you realize you are literally with somebody for the rest of your life. There’s no deal breakers.”

After the discovery in 2020 of the relationship between Alsina and Pinkett Smith, Will had given permission for it to occur. To address it all, Jada invited Smith to a Red Table Talk and put herself in the interviewee’s seat. The couple revealed that they were briefly separated at the time. The Smiths also spoke to their desire to work on their relationship and stay committed to each other. Will added, “I told you the first year we were married that I could love you through anything.”