Belly Fat vs. Leg Fat: The Body Type That Puts Us in Danger of Heart Disease 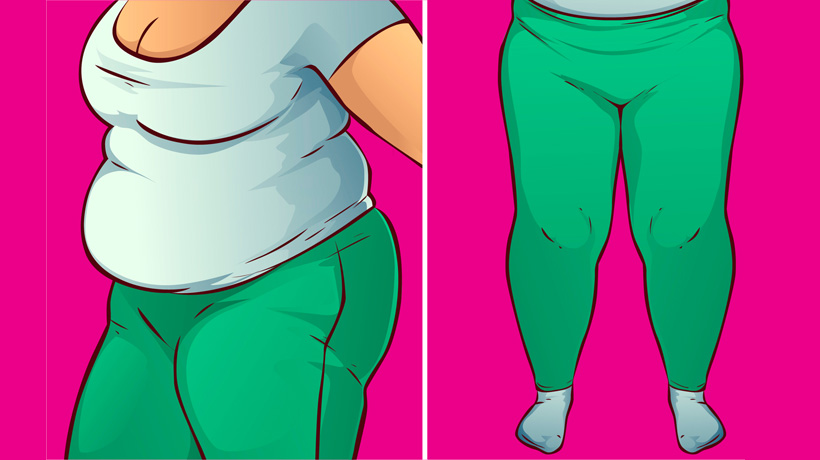 According to the Centers for Disease Control and Prevention (CDC), heart disease accounts for one in every four deaths in the United States. Heart disease typically refers to conditions that involve narrowed or blocked blood vessels that can lead to heart attack, chest pain (angina), or stroke. Common conditions that are considered heart disease include coronary artery disease, heart rhythm problems (arrhythmias), and heart valve disease. As the leading cause of death among men and women, it’s important to recognize the signs and risk factors of heart disease. After all, early action may just save your life.

In fact, women who stored fat around their middle were almost twice as likely to develop heart disease or stroke compared to those who stored fat in their legs–even if their weight was normal. The risk was even greater for those who had the highest percentage of fat around their midsection and the lowest percentage in their legs, with risk for heart disease and stroke being three times more likely than those who had the least amount of abdominal fat and the highest amount of leg fat.

The study used data from nearly 162,000 women who took part in the Women’s Health Initiative study between 1993 and 1998 and were subsequently followed by researchers until February 2017. The authors of the study say that their research was able to prove that it’s not just about how much you weigh; it’s also about where that weight is. They predicted that six fewer cases of cardiovascular disease would occur each year if 1,000 women in the study reduced their abdominal fat from more than 37% to less than 27%, but kept their leg fat the same. And if 1,000 women in the study kept their belly fat the same, but increased leg fat from less than 42% to over 49%, three cases of cardiovascular disease would be prevented each year.

While the research from this study has given us new information on spotting risks for heart disease, it’s important to note that the sample only consisted of postmenopausal women, and findings may not apply to younger women or men. If you believe you may be at risk for heart disease or want to know more about keeping your heart healthy, you should speak to your doctor.