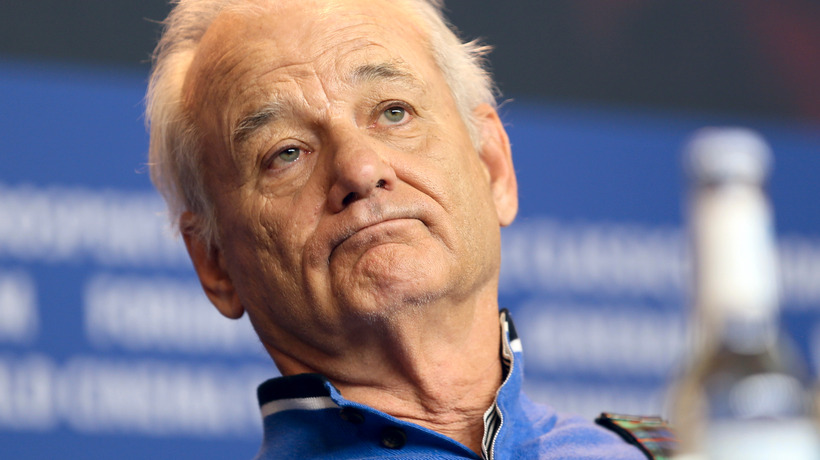 Last week, it was announced that the Searchlight film Being Mortal, which was set to star Aziz Ansari, Seth Rogen, and Bill Murray, was suspended due to a complaint on set. Now, sources apparently disclosed to Deadline that the production shutdown had to do with a complaint against Murray for alleged “inappropriate behavior.”

Deadline reports that according to insiders, neither Seth Rogen and Aziz Ansari — who is also writing and directing the film — nor Ansari’s partner Youree Henley, were a part of the complaint. An investigation is ongoing.

The complaint was filed the week of April 11th, production was halted on Monday, April 18th, and a decision was ultimately made to suspend production as a decision is made regarding the next steps, per Deadline.

Initial reports state that the production company penned a letter to the cast and crew of Being Mortal, stating in part that “production cannot continue at this time” after it had looked into a complaint filed by an unnamed party.

The film is based on Atul Gawande’s nonfiction book Being Mortal: Medicine and What Matters in the End, and was initially set to be released in 2023. Sources say that principal photography began on March 28th, and the shoot was halfway finished when the production was halted. It is not yet known if the production shutdown will affect the film’s release date.

Per PEOPLE, Murray was previously accused of misconduct by his Charlie’s Angels costar Lucy Liu. Last year, in an interview on the Los Angeles Times‘ Asian Enough podcast, Liu recalled Murray’s “inexcusable and unacceptable” language after she and her costars reworked one scene during a rehearsal while Murray was not present.

“I was not going to just sit there and take it. So, yes, I stood up for myself, and I don’t regret it,” Liu, 53, said. “Because no matter how low on the totem pole you may be or wherever you came from, there’s no need to condescend or to put other people down. And I would not stand down, and nor should I have.”