Billie Lourd Honors Her Late Mother Carrie Fisher, After Welcoming her Second Child, “My mom is not here to meet either of them” 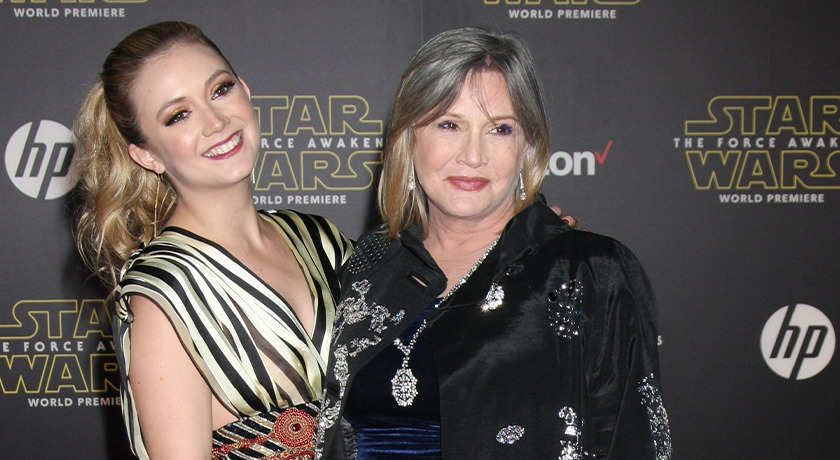 Today marks 6 years since the passing of beloved Hollywood treasure Carrie Fisher. Survived by her only child, Billie Lourd, who two weeks ago, welcomed her second child with husband, Austen Rydell. She took to Instagram to honor her mother’s remembrance day in the light of having a newborn baby.

The Instagram post is a childhood photograph of Billie and her mother sitting next to each other smiling. Billie fittingly wrote a long and reflective caption talking about her mother and how it has impacted her life since becoming a mother herself. Part of the caption read:

“And unlike most other years since she’s died, this year, these past two weeks have been some of the most joyful of my life. Giving birth to my daughter and watching my son meet her have been two of the most magical moments I have ever experienced. But with the magic of life tends to come the reality of grief. My mom is not here to meet either of them and isn’t here to experience any of the magic.”

She continued, “So all I can do is hold onto the magic harder, hug my kids a little tighter. Tell them a story about her. Share her favorite things with them. Tell them how much she would have loved them.”

Carrie Fisher, known for her role as Princess Leia in the Star Wars movie franchise, as well as her part in the Meg Ryan classic, When Harry Met Sally…, died unexpectedly in 2016 after going into cardiac arrest while flying from London to Los Angeles. Besides her success in the film industry, Fisher was also an advocate for mental health and substance abuse awareness, having suffered from both. She wrote a semi-autobiographical novel back in 1987 titled, Postcards from the Edge, which details her own struggles with drug addiction.

Billie is the mother of two, her 2 year old son Kingston and her newborn daughter Jackson. She, along with the rest of the world, reminisces on the life and death of the late actress and author and the imprint she’s left on all of our lives.

For me, I grew up a Star Wars nerd. Still am, for sure. From a young age, Carrie Fisher taught me, through those movies, the importance of womanly power and strength in a world that is far too often seen through the scope of men. Princess Leia showed me how women have the power to save the galaxy, too.