Blood Clots Like the One Found in Hailey Bieber are Becoming More Common in Younger People, Says Specialist 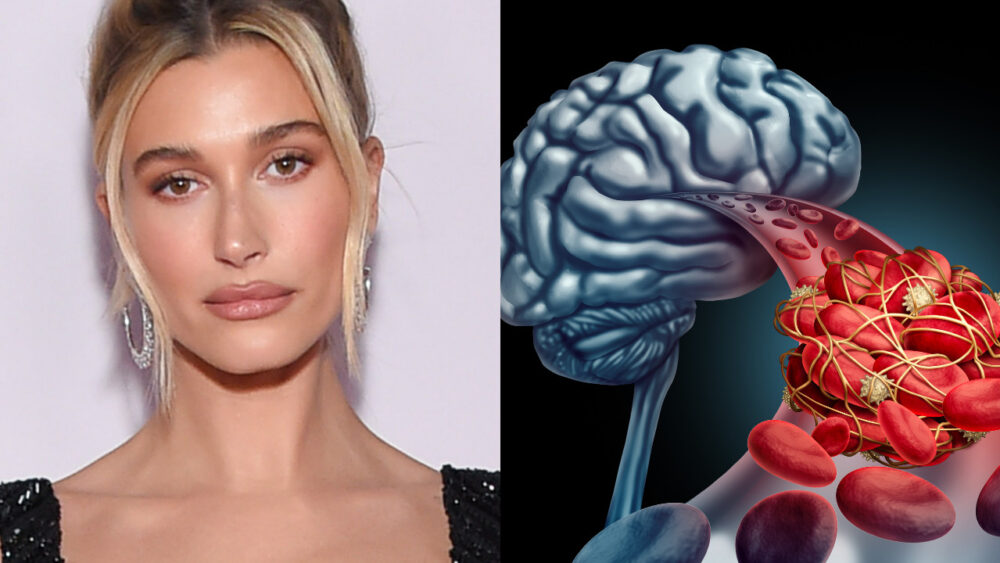 Hailey Bieber was hospitalized after experiencing troubling symptoms due to a blood clot in her brain, a health problem that is developing in “younger and younger people,” says a vascular neurologist.

Bieber, 25, shared that on Thursday morning she was eating breakfast with her husband, Justin Bieber, when suddenly she “started having stroke-like symptoms and was taken to the hospital.”

Doctors found Bieber had “suffered a very small blood clot” in her brain, leading to a “small lack of oxygen.” Bieber’s body was able to pass the blood clot on its own. She recovered after a few hours.

The environmental and genetic director of the Cerebrovascular Center at Cleveland Clinic, Dr. Shazam Hussain, told PEOPLE blood clots like Bieber’s can “form for different reasons.”

“It’s important to know your health and any potential risk factors you might have for strokes, like high blood pressure, high cholesterol, difficulty with sugars,” he told the outlet. “When we have younger people having a stroke, we will look for things that would cause their blood to have a tendency to clot — it could be hereditary and run in their families.”

Blood clots in the brain usually come from blocked blood vessels in a specific spot of your body, like your neck, or directly from the heart.

The brain is the most sensitive to the lack of blood flow, and lack of oxygen will cause the brain to shut down and cause stroke-like symptoms.

“A stroke is really a situation where every second counts,” Hussain says. “The brain is very, very sensitive to the lack of blood flow and you lose somewhere around 2 million brain cells a minute. So it’s really important to get that medical attention right away.”

Situations like Biebers are something that everyone should watch out for, but are becoming more of a problem for younger people.

Bieber experienced a ‘mini stroke’ or a transient ischemic attack (TIA): “That means there was a blood clot, it dissolved up completely and the person is completely a hundred percent back to normal,” Hussain says.

“It relates, generally, to people having unhealthy lifestyles, maybe not eating as well or not getting in regular exercise, along with other factors like genetics. So it’s important that people don’t just think of it as something that happens to older people. If you’re younger and have those symptoms, you’ve got to get to the hospital,” Hussain says.

For anyone concerned about their risk of strokes or blood clots, it is important to get regular checkups, watch your blood pressure, stick to a healthy diet, exercise, and keep cholesterol low. Hussain also recommends quitting smoking. “Smoking is the other major risk factor — there’s no good reason to smoke, so you want to quit.”