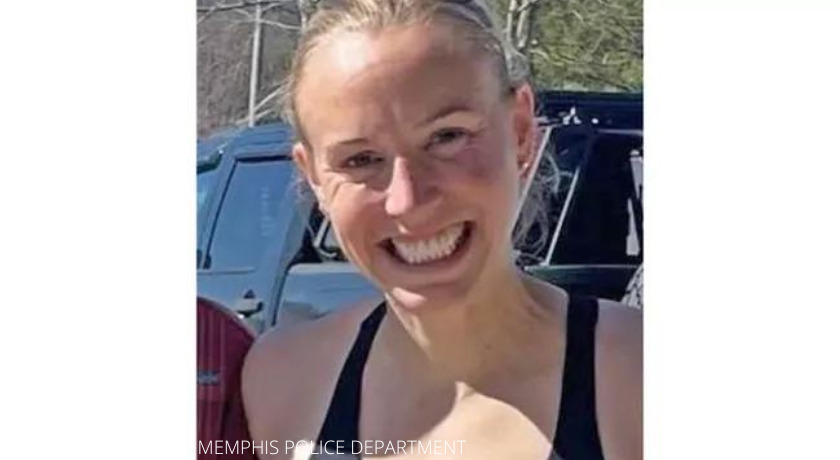 The body of Tennessee school teacher Eliza Fletcher, 34, has been found, according to Memphis police.

Fletcher’s body was found on Monday, seven miles from where the mom of two was seen on surveillance video allegedly being kidnapped.

Her remains were found close to where her alleged kidnapper, 38-year-old Cleotha Abston, was seen cleaning a GMC Terrain just hours after Fletcher was kidnapped, police said.

Fletcher’s cause of death has not been revealed.

Authorities said Fletcher was forced into an SUV near the University of Memphis at around 4:20 a.m. on Friday.

In a press release, the Memphis Police Department stated that Abston was arrested and initially charged with especially aggravated kidnapping and tampering with evidence in the case of Fletcher’s disappearance.

Fletcher taught at Mary’s Episcopal School and went running regularly near the area of the university. She is also the granddaughter of the late billionaire and Memphis hardware businessman, Joseph “Joe” Orgill III.

According to an affidavit obtained by NBC News, a pair of Champion slide sandals were found at the scene and had Abston’s DNA on them. Fletcher’s phone was also found with the sandals. This led police to charge Abston, police said on Sunday.

The affidavit states that security video showed “a black GMC Terrain passing and then waiting for the victim to run by.” The document then states that a male jumped out of the car and forced Fletcher into the passenger’s seat.

“There appeared to be a struggle,” the affidavit continued. “The Champion slides sandals were found in this area.”

Abston is being held without bond and will appear in court on Tuesday.

According to WREG and Shelby County court records, Abston pleaded guilty to an especially aggravated kidnapping charge in 2000 and was sentenced to 24 years in prison. He was released in November 2022.