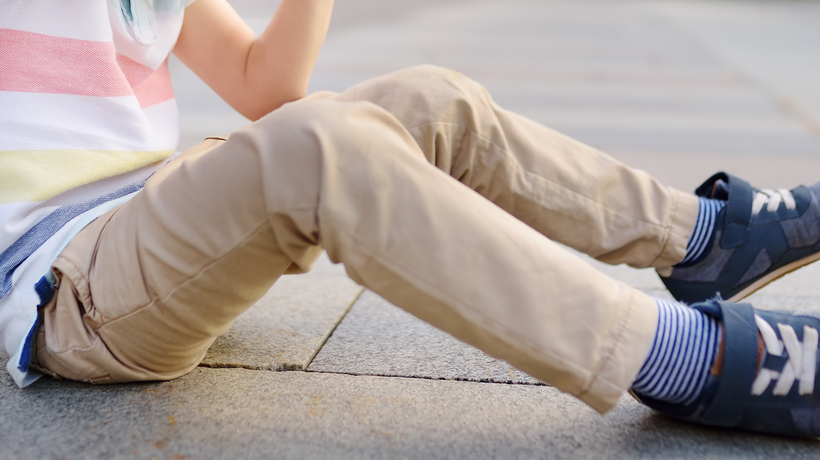 Chase Schweiger was an active, “completely healthy” 7-year-old when he suddenly collapsed from a stroke on May 19th, 2014.

“It was a typical Monday,” Wendi Schweiger, Chase’s mom, tells PEOPLE in an exclusive story this week. Chase was about to head off to karate class when he spotted his friends playing soccer outside and decided to join. His mother, Wendi, let him go, and all was well until she “suddenly heard one of the boys say, ‘Get up, get up.’”

“I walked up to him and he was staring at me with his eyes wide open, but his face looked funny — something was off,” Wendi recalled.

His mother called 9-11, and Chase was first taken to a hospital near their Marlton, New Jersey home. Wendi and her husband, Jordan, describe Chase as having a slumped face and right-side paralysis. Despite these symptoms being classic signs of a stroke, doctors initially believed he was having a seizure; the chances of a healthy 7-year-old having a stroke was just so low.

“The hospital, EMTs — no one realized it, because they just would not expect a 7-year-old to have a stroke,” Wendi said.

After a grueling six hours of tests, the local hospital decided to send Chase by ambulance to Children’s Hospital of Philadelphia (CHOP), which was described as being ‘better equipped’ to diagnose Chase. There, after another 13 hours, an MRI confirmed that Chase had suffered a stroke.

At CHOP, doctors removed a part of Chase’s skull to help the swelling in his brain. For two days, doctors and Chase’s parents feared the worst.

“He’s still not walking, he’s still not talking, he still can’t keep his head up or eat,” Jordan said. “The doctors are going through the worst-case scenarios — that he might not make it, or if he does there’s a very good chance he’ll never walk or talk again.”

On the third day, a nurse asked Chase a question. To their surprise, he responded with a “creaky little yes.”

“They never expected it,” Jordan said. “To this day, his neurologist says the things that he does based on the amount of damage in his brain from the stroke are not feasible; it doesn’t make sense.”

For the next three months, Chase underwent “intense” physical, occupational and speech therapy at CHOP. On his final day, Chase was able to walk out of the hospital on his own.

“It’s been a continual rollercoaster ride because we’ll take a step forward and then it’ll be two steps back,” Wendi said. “At times Chase made major progress and then slower,” Jordan adds. “And it’s ongoing; it’ll probably never end for him.”

Now 15 years old, Chase wears a brace on his right leg to help with his balance, and ‘doesn’t have much use of his right hand.’

“But we’re very lucky, and in all regards, Chase is really a typical teenager,” Wendi said.

While it’s a rare occurrence, the Schweighers are on a mission to “get the word out locally that kids can have strokes.” A year after Chase’s stroke, Wendi organized an event at his school with local news stations.

There, attendees were taught an acronym to learn the signs of a stroke — FAST — F for facial drooping, A for arm weakness, S for speech difficulties and T for time. If a person experiences any of these signs, they should call 9-11 “FAST.”

More recently, at Chase’s Bar Mitzvah project two years ago, they went to firehouses and ‘talked to EMTs about how kids can have strokes, too.’

“There’s no way to prevent a stroke, other than just being healthy,” Jordan said. “And we still do not know to this day why Chase had one. So to be able to know the signs and recognize a stroke can save a life.”