Broken Heart Syndrome Linked to Cancer in 1 in 6 People, According to Research 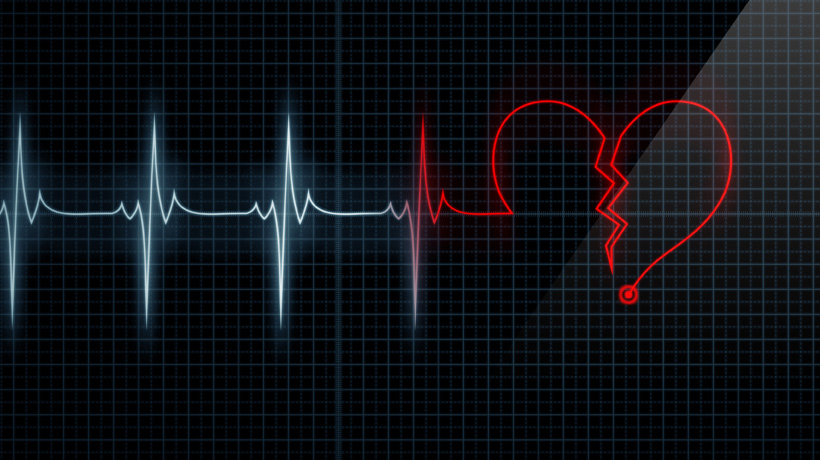 There’s more than one way to break a heart. Whether you’ve lost a romantic partner, a loved one, or a close friend, the experience can be so upsetting that it physically feels like it’s killing you inside. Unfortunately for us, there’s some medical truth to that feeling.

Broken heart syndrome is an actual thing, and in rare cases, it’s fatal. The condition is referred to as takotsubo cardiomyopathy in the medical community, and defined as a temporary heart condition triggered by a stressful event, such as the death of a loved one or the end of a relationship. Those with broken heart syndrome experience a temporary disruption of the heart’s normal pumping function in one area of the heart. The remainder of the heart may either function normally or with more forceful contractions.

Many people with broken heart syndrome believe they’re having a heart attack, as the symptoms include chest pain and shortness of breath. While the condition can usually reverse itself within days or weeks, that isn’t always the case, especially if it was caused by a serious physical illness or surgery instead of a stressful event.

Researchers used data on more than 1,600 patients with broken heart syndrome from the International Takotsubo Registry. Of the one in six that had cancer, almost 90 percent were women. The most common types of cancer patients experienced were breast, followed by the gastrointestinal system, respiratory tract, internal sex organs, skin, and other areas.

While the study has found a link between these two conditions, there has not been sufficient evidence to prove that one causes the other. More research and a broader sample will be needed to draw any further conclusions. But for now, the study’s authors hope that their research will prompt more doctors to screen their cancer patients for broken heart syndrome, which could improve survival rates.