Bruce Willis believes in Family First–through the good and not so good times. 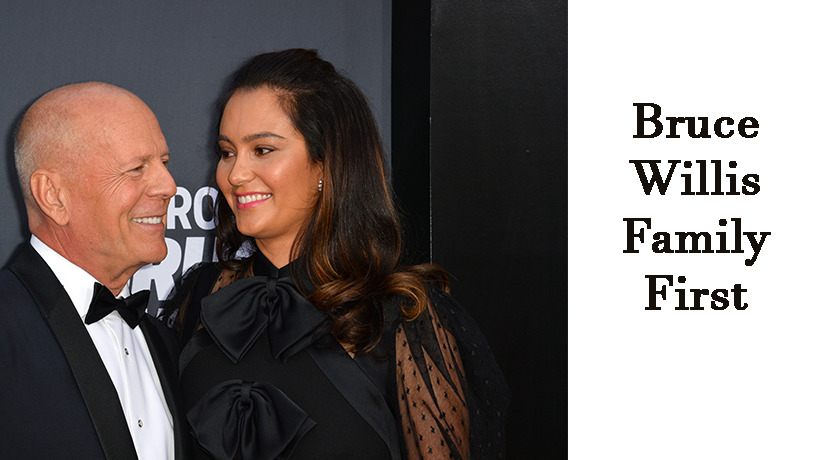 Bruce Willis and Emma Hemming first met in 2007, and were married just two years later in 2009, writes Us Weekly. The two met at a mutual trainer’s gym, and now have two children together, Mabel and Evelyn, according to Emma’s website blog. The actress is also stepmother to the actor’s three children with his ex-wife Demi Moore, and the blended family often vacations together.

Emma recently discussed supporting Willis through his aphasia diagnosis in March 2022. She posted on Instagram at the time, writes People, saying, “We are moving through this as a strong family unit, and wanted to bring his fans in because we know how much he means to you, as you do to him. As Bruce always says, ‘Live it up’ and together we plan to do just that.”

The actor’s career spans over 40 years in the film industry. He’s known for a variety of classics, Moonlighting, Die Hard, Death Becomes Her, The Sixth Sense, and a dozen other action movies. He’s played tough, tender, sarcastic, and soulful characters alike. Cult classics like Pulp Fiction and 12 Monkeys are only a few of his movies that show off his range and ability to carry a leading role or co-star with skill. Willis has been “fortunate to have such a supportive family” according to a quote from a filmmaker in NBC, not only in his career, but in his illness as well.

Randall Emmett, a producer who worked with Willis on more than 20 films, called him a “terrific actor” in a statement shared with NBC, saying, “I fully support Bruce and his family during this challenging time and admire him for his courage in battling this incredibly difficult medical condition.”

But nothing is as important to Willis as his family. In a quote from E! News, he stated, “My family and friends are the most significant part of my life, and no film script will ever change that.” Willis revealed that meeting Emma brought him out of a dark spot in his life, and that he’s “happier than I’ve ever been” with her. The couple celebrated their thirteenth anniversary on March 21st.

Willis announced his plans for retirement shortly after his diagnosis was made public in March. As one of the biggest stars from the 80’s and 90’s, it will be difficult to see him go, though his coworkers on movie sets seem to have suspected the change since 2020, according to the LA Times.

Mike Burns, the director of Out of Death, one of Willis’ most recent roles, spoke to his staff in 2020 about reducing monologues and pages of dialogue from the script in order to accommodate the actor. Many other filmmakers similarly expressed concerns about Willis’ declining condition on set, and his coworkers, alongside his family, have been nothing but supportive.

The National Aphasia Association describes aphasia as an “impairment of language, affecting the production or comprehension of speech and the ability to read or write.” It can vary in seriousness, and depending on the patient communication can be difficult or nearly impossible. There are different types of aphasia. Injury to the brain from a stroke, brain tumor, head trauma, or infection can lead to aphasia.

But Bruce isn’t the only actor to have experienced this diagnosis, as actors Emilia Clarke and Sharon Stone have both had struggles with aphasia, reports the LA Times. The family has not disclosed the cause of Willis’ aphasia, according to People, but have been communicating with the public, and making statements on his behalf.