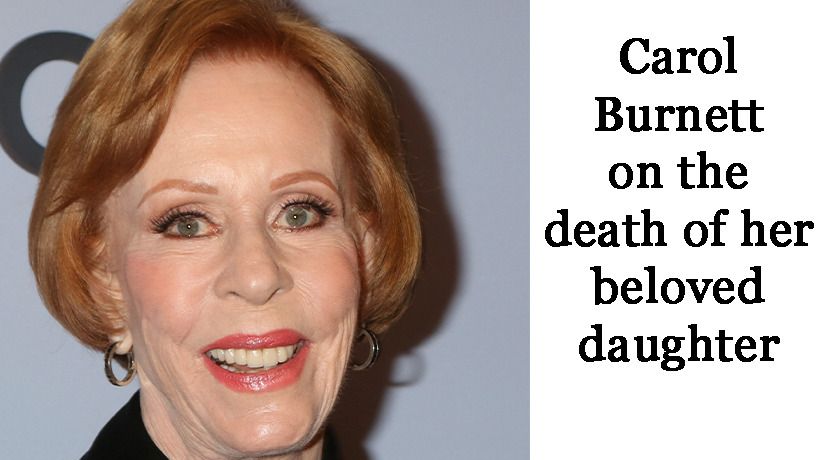 Carol Burnett’s daughter, Carrie Hamilton, passed away from cancer in 2002 at the age of 38.

Burnett, 89, is a comedian, actress, singer, and writer and is known as the “Queen of Television Comedy.” Her impressive six-decade career includes her show titled The Carol Burnett Show, which debuted on CBS in 1967.

She also made guest appearances on Sesame Street, Hawaii Five-O, Mad About You, and Glee. Along with television acting, she also starred in Broadway shows and wrote several memoirs.

Unfortunately, Hamilton suffered from drug addiction when she was a teenager. According to PEOPLE, Burnett helped Carrie overcome her addiction by placing her in rehab facilities.

“She got sober when she was 17,” Burnett said. “I put her in a third rehab place, and oh my God, she hated me. I came to the conclusion that I had to love her enough to let her hate me. She got sober and we started bonding. We wound up working together, writing a play together. We worked together in three shows.”

Burnett told AARP Magazine in 2020 that Hamilton “got sober before her 18th birthday, and we had a good 20 years — we were joined at the hip for a while there.”

Hamilton passed away in 2002 from pneumonia that developed as a complication of lung cancer.

Burnett told PEOPLE she thinks of Hamilton every day and described her as talented and kind. “She was very interested in people,” Burnett said. “She never met a stranger. I think it’s in our genes…[knowing] you can make somebody’s day by being kind.”

Even though Burnett is already a legend in the entertainment world, she is still in the game. Her 2020 comedy tour, Carol Burnett: An Evening of Laughter and Reflection, was postponed due to COVID-19 and the dates have been moved to 2022.
She also starred in two Netflix projects. A Little Help with Carol Burnett in 2018 and All Together Now in 2020. She also announced in June 2022 that she will be starring in the Apple comedy series Mrs. American Pie.