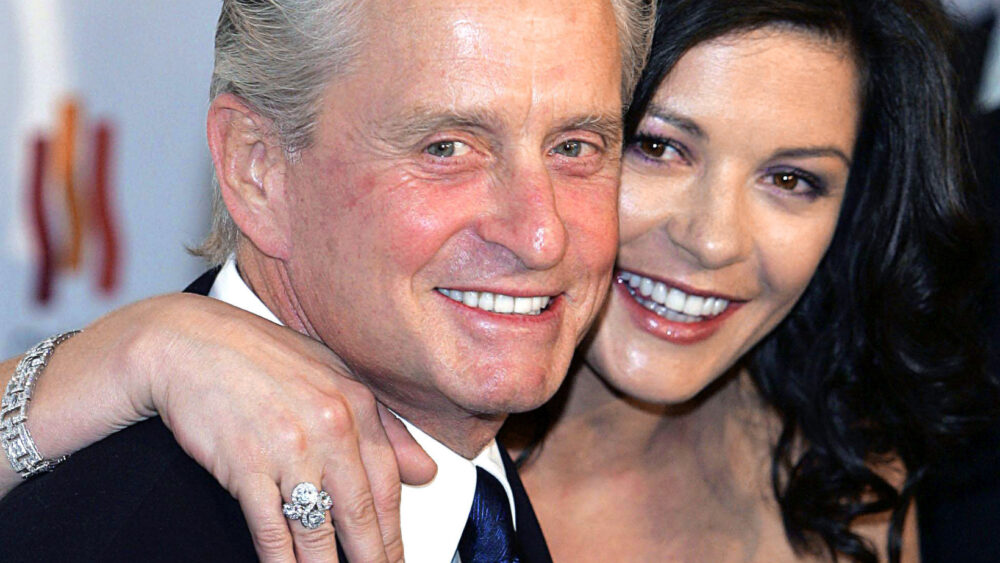 In the summer of 2010, Michael Douglas was diagnosed with stage-four tongue cancer. At the time, however, the beloved actor wanted to hide his true condition due to the stigma surrounding the diagnosis (according to Douglas, his cancer stems from an STD transmitted through oral sex). He decided to have his publicist reveal to fans and the media that he was suffering from throat cancer instead.

Douglas was about to go to Europe to promote Wall Street: Money Never Sleeps when he got the news.

“There’s no way we can cancel the tour and say we don’t feel well,” Douglas later said on the U.K. talk show This Morning. “I said, ‘You’ve just got to come out and just tell them I’ve got cancer and that’s it.’”

The actor put on a brave face, but behind-the-scenes, he was enduring grueling radiation and chemotherapy treatment which required him to pause production on Steven Soderbergh’s years-in-the-making Liberace biopic Behind the Candelabra. As reported by E! News, once he was able to pick up where he left off and finish the film, Douglas went on to win an Emmy and a Golden Globe for his performance.

During that period of pause, Douglas says he had extra time to polish up his piano skills and perfect Liberace’s dramatic flair.

Meanwhile, while her husband took it in stride, the news hit Catherine Zeta-Jones like a stack of bricks.

“When Michael was diagnosed with cancer I really thought, ‘You are going to have to wipe me off the floor,'” Zeta-Jones later opened up to Stella magazine. “This happens to people all the time, but it’s still a huge shock when the cards start to fall and you realize, ‘My God, it really is happening to us.'”

She continued: “I thought I didn’t have the tools to cope. But it’s amazing where the strength comes from—from family and friends, from strangers supporting us.”

Through it all, despite his battles which resulted in a 40-pound weight loss, Douglas was able to be a rock for his wife and children.

“He’s a very matter-of-fact person,” continued Zeta-Jones. “Once he was diagnosed he was like, ‘Okay, what do I do?’ He basically wanted that thing out of his body so he just blitzed the [sucker]. It was very intensive… but he still retained his sense of humor… He was very open with the children. No secrets—they went and saw him having treatment. Together we all coped with everything. It did make us closer. But I wouldn’t wish it on anybody.”