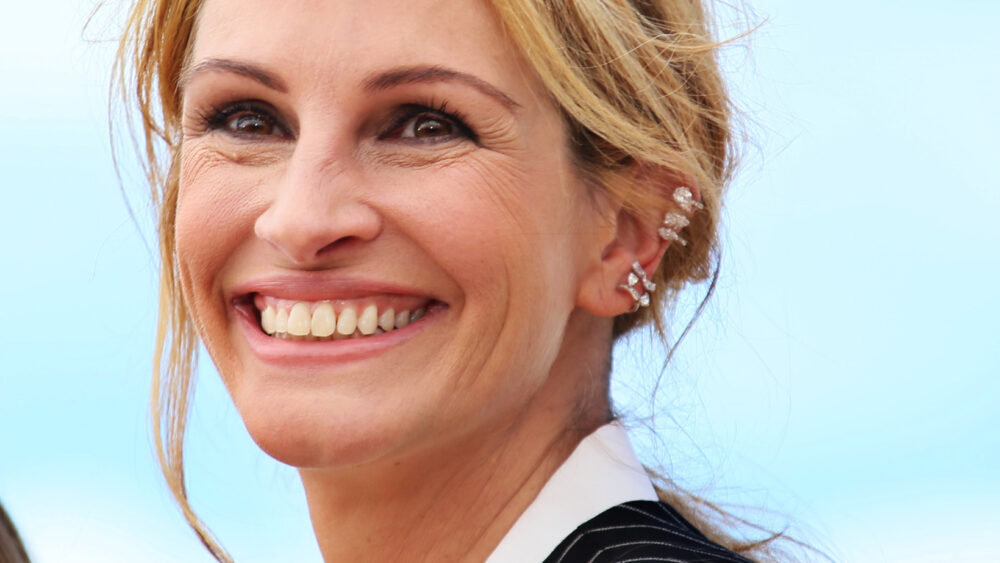 This past Fourth of July, while America was celebrating its 246th birthday, Julia Roberts was celebrating another occasion: her 20th wedding anniversary with her husband Danny Moder.

The 54-year-old Academy-Award winner marked the occasion with a sweet photo of herself and Moder sharing a kiss, with Moder’s hands gently resting on her shoulder and finger gracing her cheek.

“TWENTY,” she captioned the photo, the words flanked by two star emojis.

In the hashtags, the Pretty Woman star gushed that the pair “can’t stop smiling” and “can’t stop kissing.”

The couple first met on the set of the 2001 film The Mexican, in which Roberts starred alongside Brad Pitt and Moder worked as a cinematographer. The couple tied the knot in 2002 on Roberts’ ranch in Taos, New Mexico.

Previously, Roberts was married to country star Lyle Lovett from 1993 to 1995, and Moder finalized his divorce from Vera Steimberg shortly before he married Roberts. The couple share 17-year-old twins, Hazel and Phinnaeus “Finn,” in addition to 14-year-old son Henry.

Even after two decades of marriage, sparks are clearly still flying between the pair of lovebirds. Earlier this year, while appearing on SiriusXM’s The Jess Cagle Show, Roberts swooned while talking about her “twenty years kissin’ Danny Moder.”

When asked how she was planning to celebrate, she simply responded: “More kissing.”