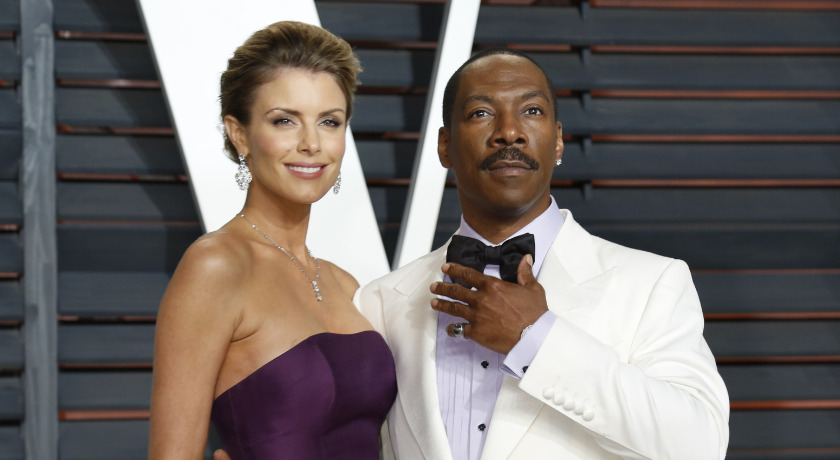 Eddie Murphy won the Cecil B. Demille Award at the Golden Globes ceremony on Tuesday night, which is a “prestigious award for outstanding contributions to the world of entertainment”. But, his speech overshadowed the award, as the veteran comedian did what he does best for a crowd of people: he made them laugh.

After thanking his fiancee, Paige Butcher, and his 10 children, Murphy began his speech by saying, “I’ve been in show business for 46 years, and I’ve been in the movie business for 41 years, so this has been a long time in the making and greatly appreciated. I’ve been doing this for a long time,” he continued, “so, I could literally stand up here and keep saying names until they play the piano, but I’m gonna wrap it up and just say something to all the new up-and-coming dreamers and artists that are in the room tonight. I wanna let you know that there is a definitive blueprint that you can follow to achieve success, prosperity, longevity and peace of mind. It’s very simple, just do these three things: Pay your taxes, mind your business — and keep Will Smith’s wife’s name out your f—ing mouth!”

Murphy is referencing the infamous event at last year’s Oscars, when Will Smith smacked comedian Chris Rock in the face on stage, after Rock made a joke about Smith’s wife, Jada Pinkett Smith; an incident Eddie was able to make light of, to get the crowd laughing hysterically.

For the 2023 Golden Globes, Eddie attended the ceremony with long-time fiancee, Paige Butcher, a rare public appearance together for a couple that otherwise “live a pretty low-key life”,  a source told People. The couple have 2 kids together, Izzy and Max, being Murphy’s ninth and tenth children.

Typically, when you hear about a celebrity (or anyone for that matter, but especially celebrities) having 10 children with 5 different women, you might assume that they aren’t a very present father. Murphy breaks those expectations as he maintains an immensely close relationship with his children, as well as their mothers.

Murphy’s dating history is extensive, including partners like Whitney Houston and Melanie Brown (aka Spice Girl Mel B). He’s had two marriages, spending 12 years and welcoming five children with Nicole Mitchell, and a short, weeks-long marriage to Tracey Edmonds.

Fatherhood means a lot to the SNL alum. Following the birth of his grandchild in 2020, Murphy said, “Things happen in cycles, and right now, I’m in a cycle where there’s no higher blessing than having a child.”

His exes can vouch for his commitment to being a father. In 2005, when Murphy and Mitchell divorced, they said in a joint statement, “The welfare of our children is our main concern and their best interest is our first priority.” That proved to remain true in future years, as Mitchell told Radar Online in 2012, “He’s my babies’ daddy so we speak to each other and have a great relationship and I think that’s important when you have children involved. We can be in the same room and hang out, it’s all good!”

A year after the divorce, Eddie fathered his daughter, Angel, with Melanie Brown. Although, at first he denied being the father, a paternity suit and DNA test would prove he was in fact Angel’s dad. Murphy took that responsibility in stride, as Brown told People in 2018 that he is “an amazing father”.

“[Angel] texts Eddie and is on the phone with him all the time,” Brown continued. “She loves her dad.”

Nowadays, Eddie and Paige raise their own children together, but still spend quality time with the rest of Eddie’s kids.

“They vacation and spend holidays together. Paige loves being a mom and is very involved. She takes her daughter to the park and for play dates,” a source tells People.