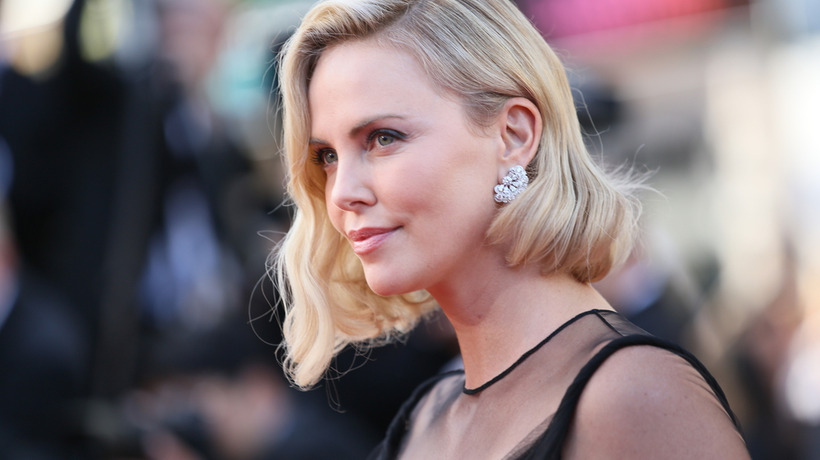 The actress Charlize Theron has not always had an easy life. And yet, the Academy award-winning actress and activist has still accomplished so many feats throughout her career, including her raising two children as a single mom. Earlier this month, Theron celebrated her 46th birthday, surrounded by loving friends and family. But her early life wasn’t as picturesque.

As a child, the she grew up in a turbulent home with her alcoholic father, who at one point even tried to kill her and her mother in one incident in 1991, when Theron was only 15 years-old. Out of self-defense, her mother killed her father in order to save her daughter and herself, but the moment left a strong impact on Theron going forward.

“My father was so drunk that he shouldn’t have been able to walk when he came into the house with a gun,” Theron told NPR in a 2019 interview. “My mom and I were in my bedroom leaning against the door, because he was trying to push through the door. So both of us were leaning against the door from the inside to have him not be able to push through.”

The actress explained that when her father realized he couldn’t break through the door, he opened fire, shooting through the door three times. Miraculously, neither Theron nor her mother were struck by any of the bullets. Her mother then sprung into action, knowing that if she didn’t do something soon, both she and her daughter could soon end up dead at the hands of her drunken husband. Leaving her no other option, her mother shot Theron’s father in act that would save both her and her daughter’s lives.

“In self-defense, she ended the threat,” Theron explained. No charges were ever brought against her mother.

To this day, Theron is very open about the violent incident.

“This family violence, this kind of violence that happens within the family, is something that I share with a lot of people,” she said. “I’m not ashamed to talk about it, because I do think that the more we talk about these things, the more we realize we are not alone in any of it.”

Charlize described her father as a “very sick man,” saying he “was an alcoholic all my life.”

“I only knew him one way, and that was as an alcoholic. … It was a pretty hopeless situation. Our family was just kind of stuck in it,” she continued.

Theron also explained how living with her father’s addiction took a toll on her home life as a child and ultimately left a lasting imprint on her.

“The day-to-day unpredictability of living with an addict is the thing that you sit with and have kind of embedded in your body for the rest of your life, more than just this one event of what happened one night. I think our family was an incredibly unhealthy one. And all of it, I think, scarred us in a way,” the actress said.

However, the actress’s rough upbringing has not stopped her from cultivating a new, healthy family life. As a single mother, the 46 year-old has two adopted children—the family she knew she always wanted. Theron explained in an interview with Diane von Furstenberg how she originally became drawn to the idea of adoption as a child.

“I was connected to the idea of having a family through adoption when I was 8 years old,” she said. She continued, “My mom has a letter that I wrote her when I was 8 years old. In the letter I ask her if we could, for Christmas, go to an orphanage to adopt a brother or sister for me….She’s like: ‘You never asked me to have another baby. You never asked me to have a little brother or sister for you. You just immediately went to adoption.’ But I always knew that I wanted to be a mother always.”

Theron adopted her daughter Jackson in early 2012 and her daughter August in July 2015. When talking about the adoption process, the actress shared: “That whole process was incredibly empowering for me as a woman. The fact that I got to choose when I wanted to be a mom . . . There is a great power in choosing to be a mother and then doing it when your body, your mind, and everything is celebrating all of that. And I know that this is what I can handle.”