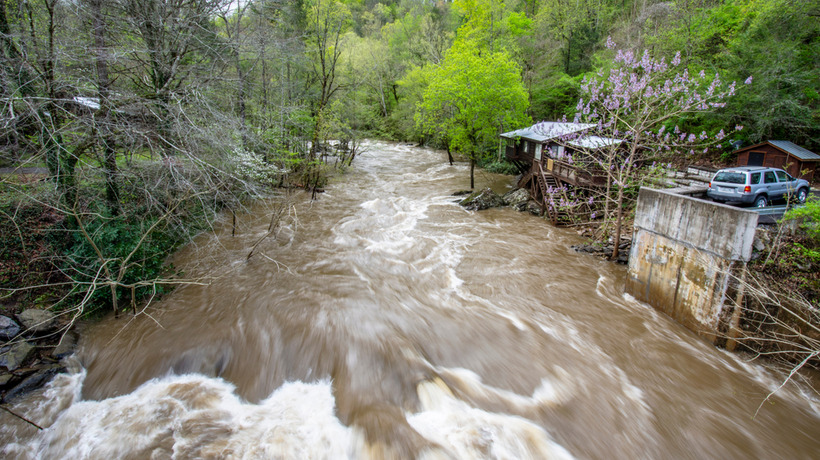 Rachel Reeves praised and hailed her father, Joseph, as a hero for saving his family in the midst of the severe flooding that killed 22 people in Tennessee this past weekend.

In his final moments, Joseph Reeves stayed behind in his Waverly home to ensure that his family would be able to escape the flooding safely. Reeves is one of the confirmed victims overtaken by the record-breaking floodwaters.

According to NWS Tennessee, the 17 inches of rain measured at McEwen, TN broke the all-time 24-hour rainfall record for the state. Aside from the confirmed victims, many more are still missing.

In the aftermath, Joseph’s daughter Rachel recounted her father’s bravery in choosing to take action to save his family. The water was quickly rising in their home, Rachel tells News4 WSMV Nashville, and Joseph rushed to open the door for his family members to escape.

“My mom and sister got out of the current, but they all got separated,” Rachel explained to the outlet. “My sister somehow, by herself, got on top of the Exxon. She climbed up something and some nice lady pulled my mom up on this building that’s gone now.”

Rachel continued through tears,“”My dad, he didn’t make it, he went down the river that way, and we didn’t find his body until midnight that night.”

Rachel’s mother is currently battling stage IV cancer, according to WSMV Nashville, who survived the floods but is now mourning the loss of her husband.

Despite the loss the family has faced, the Reeves family shares their gratitude to the helpful community they have.

“It’s just crazy how many amazing people [there are],” she told WSMV. “There were good people out here just saving them.”

“My mom and sister would not be alive without Melissa and Joel and the nice family on 211 East Railroad Street,” Rachel added. “They are incredible people for going out there in danger and bringing them to safety.”