Chris Hemsworth is Predisposed for Alzheimer’s 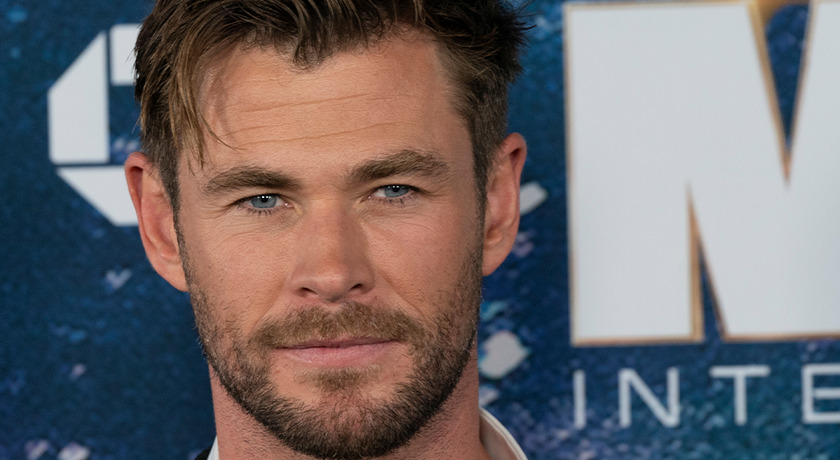 Chris Hemsworth was filming his new show series “Limitless” when he learned he has a “strong predisposition’ for Alzheimer’s disease, says CNN.

The bloodwork and tests were run during filming for the Disney+/National geographic series, so that Hemsworth could discuss how his audience might improve their health based on his own results, and predict his own health future. Originally, the results were meant to be revealed on camera for this discussion, but Dr. Peter Attia thought it would be best to tell Hemsworth privately after discovering that the Thor star had two copies of the APOE4 gene, making him more likely to develop Alzheimer’s.

The actor admitted he had a lot of questions initially, and it had him reflecting on his own mortality. “There was an intensity to navigating it. Most of us, we like to avoid speaking about death in the hope that we’ll somehow avoid it,” he told Vanity Fair. “We all have this belief that we’ll figure it out. Then to all of a sudden be told some big indicators are actually pointing to this as the route which is going to happen, the reality of it sinks in.”

“Limitless” focuses on anti-aging practices to prolong and enhance your life, but in the fifth episode, the 39-year-old actor opens with a discussion about death. Dr. Attia, who gave Hemsworth the news, insisted on having a conversation with Hemsworth to see if the actor “even wants this [the test results] to be in the show.”

But Hemsworth didn’t shy away from the idea, and made sure to treat the subject with respect. “My concern was I just didn’t want to manipulate it and over dramatizeoverdramatize it, and make it into some sort of hokey grab at empathy, or whatever, for entertainment,” Hemsworth says. “It’s not like I’ve been handed my resignation.”

The test results discuss a high probability of Hemsworth developing Alzheimer’s in the future, but it’s not a complete diagnosis, the actor explained to Vanity Fair.  “It’s like one in a thousand people…or one in 10,000. I can’t remember. But eight to 10 times more likely. Since you told me that, I feel like my memory’s getting worse. It’s a placebo effect—or it’s taking place!” The Marvel actor joked.

The testing also motivated Hemsworth to start taking action with his health, says CBS. According to the National Institute of Aging, physical activity, blood pressure control and cognitive training – activities that help enhance memory, reasoning and processing speed – might keep the disease at bay, although those findings are inconclusive. The actor is familiar with the disease. Hemsworth’s grandfather suffers from Alzheimer’s, and he remembers seeing the resulting memory loss. He feels blessed to know ahead of time, so he can truly appreciate what he has.

“Whether or not any of this information helps you live longer, it’s about living better right now,” he told Vanity Fair. “Whatever you do right now to benefit your future self is having a huge benefit in your current self. … Live with as big a sense of gratitude and love for life as you can.”