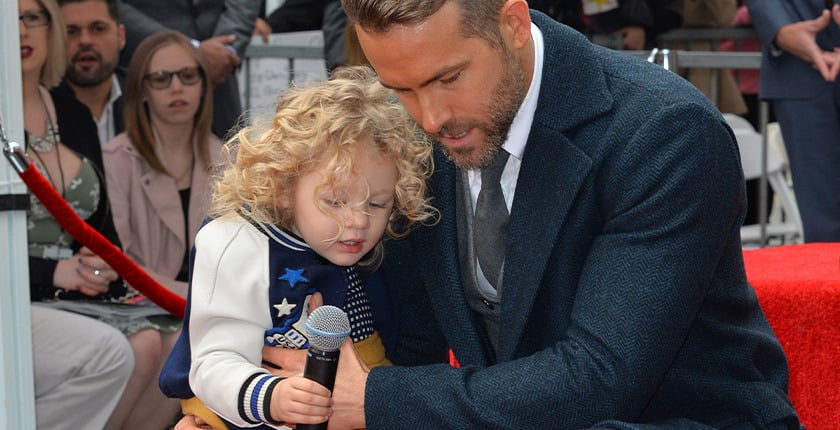 Blake Lively and Ryan Reynolds are anything but normal, an iconic Hollywood couple and both famous in their own right as actors.

Reynolds and Lively even co-chaired the past 2022 Met Gala, alongside Lin-Manuel Miranda, Regina King, Tom Ford, and Adam Mosseri, writes Women’s Health Magazine. Reynold’s reaction to Lively’s iconic dress- a tribute to the Statue of Liberty- was caught on camera, and just as wholesome as you would expect.

The Deadpool star recently began shooting another movie after taking a yearlong sabbatical to spend time with his wife and daughters. Reynolds has emphasized how important it is to him that his kids have a normal schedule. “For many years when my wife Blake would shoot a film, I would not shoot a film and I would be with the kids and vice versa,” says Reynolds. “So we would sort of trade-off. We never really worked at the same time. But always we were away. So the kids were away too.”

Reynolds, 46, and Lively, 35, recently celebrated 10 years together. They met in 2010, were married in 2012, and share three daughters; James, 6, Inez, 5, and Betty, 2, writes People. Their kids do the same things all kids do, according to the actor. “They’re drawing and coloring. They’re doing their dance parties, they hunt mom and dad in the woods with a crossbow,” he joked in an interview with People.

The couple recently announced that they are expecting a fourth child at the 10th Annual Forbes Power Women’s Summit, where the “Gossip Girls” star appeared showing off her baby bump in a sequined dress.

In an interview with Today, Reynolds revealed he hopes the fourth child is a girl, reports Elle. “I know girls,” he said. “So I’m kind of hoping for that.” Lively and Reynolds traditionally keep the gender a surprise, waiting until the birth to find out.

Lively is equally excited to expand their family. “I’ve always wanted a big family,” she admitted in a past interview with Allure. “Oh, I’d love 30 [children] if I could.”

The two enjoy balancing their lives in the spotlight and at home. Lively explained how she was able to go out for New York Fashion Week, according to Elle. “I could put my kids to bed and then secretly sneak out and go have a whole alternative life,” said the actress.

The couple’s children are surprisingly down to earth. Reynolds remembers that at one point, his children didn’t understand how famous the couple’s close friend, Taylor Swift, really was.

“And then they went to a concert one day and were like, “Ohhhhh, this isn’t a hobby,” the actor recalls. “Now, that they’re in school, you know, they have to have a somewhat normal schedule. I think it’s really important for their development.”