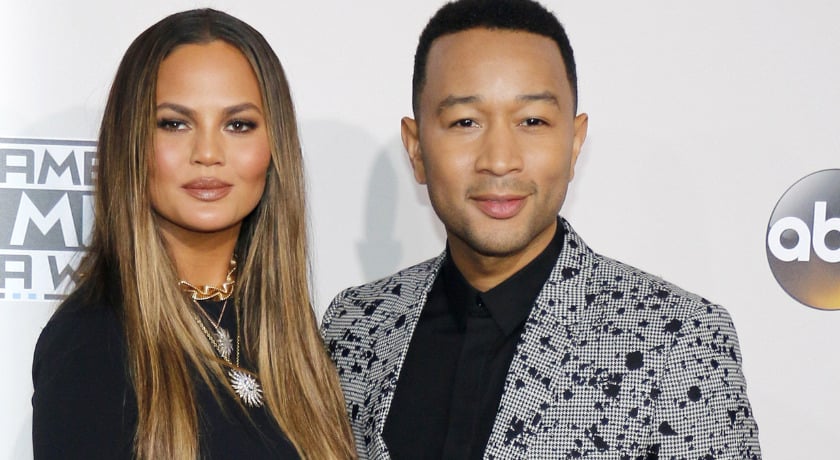 Chrissy Teigen and John Legend welcomed their third child last Friday, giving the baby her Instagram debut on Thursday. This is their first child since Teigen’s pregnancy loss in 2020.

“She’s here!” Teigen started in the caption on Instagram. “Esti Maxine Stephens – the house is bustling and our family could not be happier 💕 Daddy sheds nightly tears of joy seeing Luna and Miles so full of love, and I am learning you still need diapers with a c section!?

“We are in bliss,” she continued. “Thank you for all the love and well wishes – we feel it all!”

Legend first broke the news of the birth on Friday at a private concert, hours after leaving the hospital, according to People.

“What a blessed day,” he added.

Teigen first announced her pregnancy in August on Instagram, coming two years after having her devastating miscarriage with their son, Jack.

“The last few years have been a blur of emotions to say the least, but joy has filled our home and hearts again. 1 billion shots later (in the leg lately, as u can see!) we have another on the way.”

The couple decided to have this pregnancy through in vitro fertilization (IVF), a method they’d done for both their other children, Luna and Miles.

“Every appointment I’ve said to myself, “ok if it’s healthy today I’ll announce” but then I breathe a sigh of relief to hear a heartbeat and decide I’m just too nervous still,” she continued the caption back in August. “I don’t think I’ll ever walk out of an appointment with more excitement than nerves but so far, everything is perfect and beautiful and I’m feeling hopeful and amazing.”

The couple revealed their miscarriage back in October 2020 after Teigen was “on bed rest and bleeding for ‘a little less than a month.’”

“We were never able to stop the bleeding and give our baby the fluids he needed, despite bags and bags of blood transfusions,” they wrote on social media. “It just wasn’t enough.”

“He will always be Jack to us,” they continued. “Jack worked so hard to be a part of our little family, and he will be, forever.”

Jack was Teigen’s first natural pregnancy, in which she was very nervous and didn’t think it was possible for her to carry it through successfully. She referenced IVF pregnancy as “untouchable and safe” while feeling “eggshelly” about her natural conception with Jack.

Teigen later recognized her miscarriage as a “life-saving abortion”.

“It became very clear around halfway through that he would not survive,” she said in a statement, “and that I wouldn’t either without any medical intervention.”

The family is extremely excited to have successfully welcomed another baby into their home. A huge weight has no doubt been lifted off Teigen’s shoulders as the fear of another travesty has passed and she and John can focus on raising Esti, Luna, and Miles.