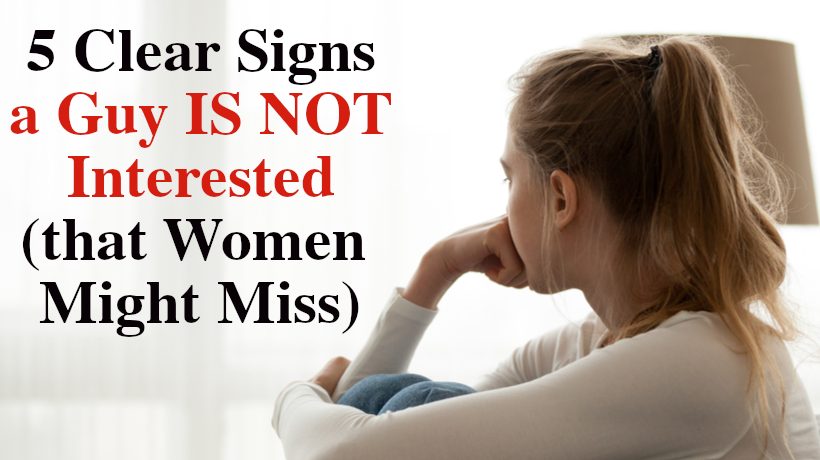 No woman wants to be lead on for months at a time, to be left without the relationship she believed was budding. It’s time we could have used to meet someone who truly is interested in us.

Here are five signs that a guy isn’t as into you as he’s been letting on:

He only texts you late at night to meet up.
If he’s only contacting you late in the evening it may mean that you’re just a booty call to him. If he doesn’t want to ask how your day is going on days you know you won’t see each other that is a red flag. If the conversation is mainly based around solely getting together and not about getting to know you, you should pass.

You spend more time under the sheets than on the streets.

Some women relate intimacy to passion. If he can’t get his hands off you, then he must be crazy about you, right? Unfortunately, that usually isn’t the case, especially if he isn’t taking you on real dates and doing anything publically with you.

You’ve never met any of his friends or family.

Guys tend to keep their family and friends away from the women they aren’t serious about. If it’s been a while and he still hasn’t introduced you, you might not be as important to him as you were thinking.

Everything seems great, but he doesn’t want to take it to the next level.

Sometimes it seems good on paper—you go out to dinner or drinks, you laugh, you get along great, you’ve even met a few of his friends. If months go by and he isn’t making it official and keeping you at arms-length, it might be because he isn’t as interested as you think. When a man is into a woman he will tell her and she won’t question it. A guy who’s not committing and keeping you waiting is usually keeping his options open.

His actions never match up to what he’s saying.

Some men will give women empty promises. Women tend to hold on for the hope of a relationship and that he means what he says. But when he is saying one thing and doing another, it’s a sign he’s not very interested. For example, if a guy says he “misses you and wants to see you badly,” but hasn’t put any effort in to see you for weeks at a time, he clearly doesn’t want to see you “that badly.”

Disclaimer: This article is the opinion of the author.