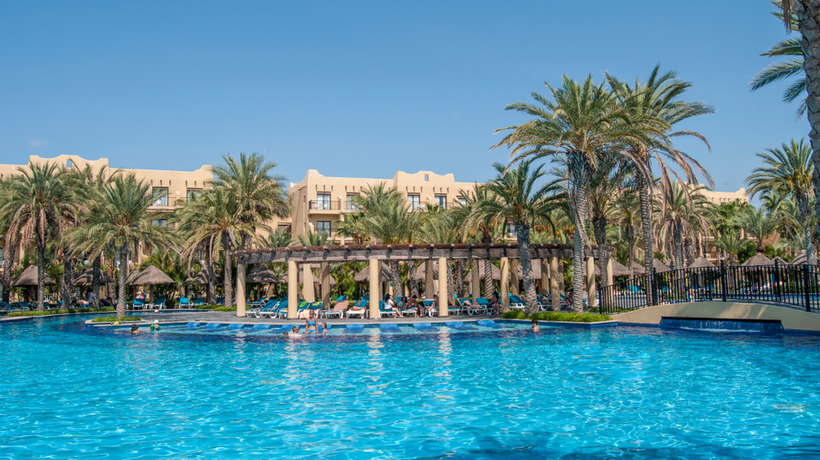 Arizona State University freshman Aidan Nevarez has died after a tragic accident over his spring break.

On Sunday, just hours after arriving in Cabo San Lucas, the 18-year-old fell to his death at the Hotel Riu Santa Fe, where he and his friends were staying, according to KPNX.

Nevarez fell over a short wall in front of a bunch of palm trees. It was nearly a 20-foot drop.

“It almost looks like it’s just a shrub or a bush and the little wall that’s there is about knee height,” says Jake Reithinger, a friend of Nevarez who was with him in Mexico.

KTVK/KPHO reports that Nevarez’s death was an accident. Additional information, including whether he was under the influence of drugs or alcohol at the time, was not specified.

Aiden was a former high school wrestler who graduated in 2021. He was studying business at ASU and is described by his friends as someone who lit up every room.

“Never in a million years did anyone who knew us or knew Aiden expect us to be sitting here right now,” said Jack Fitzgerald, Aiden’s friend and roommate. “He was the most genuine kid that I knew. The biggest smile. He was so loved. Everybody loved Aiden,” he told KPNX.

Fitzgerald recalled Navarez expressing gratitude for his life shortly before his death.

“The day before me and Aiden went to Cabo, he pulled me aside and said — I could almost quote it word for word — but he says, ‘Jack, we have the best lives ever. I couldn’t imagine my life a different way,’” Fitzgerald told KTVK/KPHO.

A GoFundMe page has been set up in order to help bring Navarz’s body back home to Arizona.

“As you can imagine, the horrific news of Aiden’s passing has been devastating to his family, friends and all who knew and loved Aiden,” a family friend wrote. “Aiden was only 18 years old and a freshman at Arizona State University. Aiden was a happy, charismatic young man that lit up any room he walked into.”