How Confident Are You Based on Your Zodiac Sign? 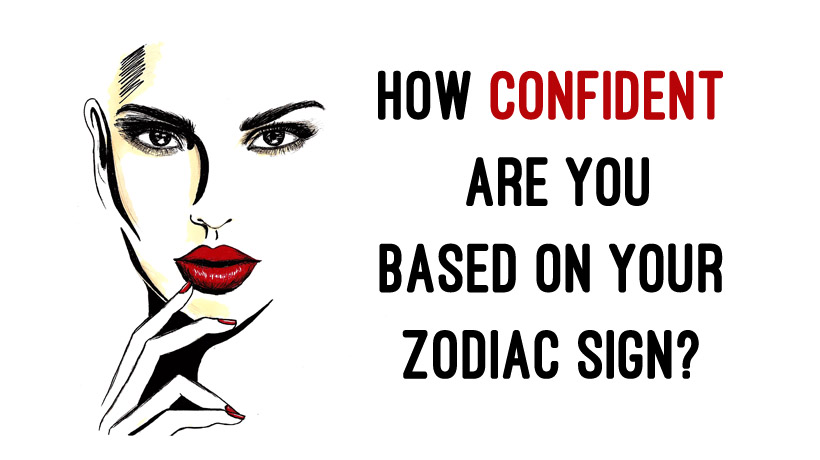 Certain types of people tend to speak their mind more so than others, especially in relationships. It’s important to make your voice heard, however, that’s not always easy for some. Find out if you fall into this category (according to your zodiac sign).

Aquarius (January 20th-February 18th)
As an Aquarius, your nature leads you to have to be assertive, otherwise people might not fully pay attention to what you have to say. Aquarius women know exactly what they want – and they’re not afraid to say what’s on their mind.

Pisces (February 19th-March 20th)
As a Pisces, you may have a hard time acting boldly because you don’t want to step on anyone’s toes. When you do find the confidence to speak your mind, you’re sure to put it in the nicest way possible.

Aries (March 21st-April 19th)
You are headstrong – everything you do or say is with confidence. However, make sure to take other people’s feelings into consideration too. You don’t want to be so blunt to the point where you hurt your partner’s feelings.

Taurus (April 20th-May 20th)
Taurus women are loyal through and through. You tend to be a very supportive and dependable person. However, when someone disagrees with you, you can be a bit stubborn – and people will be sure to know if something is bothering you.

Gemini (May 21st-June 20th)
As a highly social being, you are comfortable with speaking your truth, even to a complete stranger. Your partner will be the first person to know if you have something to say to them.

Cancer (June 21st-July 22nd)
Cancer women won’t come across as assertive, but they certainly aren’t passive. Since you are so in tune with your own emotions and those of others, you take them into careful consideration any time you give your two cents.

Leo (July 23rd-August 22nd)
Leos are arguably the most confident members of the zodiac. You’re not afraid to voice your opinion – and you’ll say it loud and proud.

Virgo (August 23rd-September 22nd)
Virgos analyze every situation they’re in. Sometimes they feel like the self-assured route isn’t the most logical, and sometimes they will. It all depends on what the most rational answer is for a situation.

Libra (September 23rd-October 22nd)
Libras jump between being passive and being forthright. You are confident when it comes to helping people solve conflicts in their lives. However, when it comes to your own problems, it seems like you can’t make up your mind about what to say or do. Though it may take awhile, you will find your conviction after you sort out your feelings.

Scorpio (October 23rd-November 21st)
Your sign has the tendency to keep everything inside. Because of this, you’re not quick to show other people how you’re feeling. This can sometimes cause your feelings to get pushed to the side.

Sagittarius (November 22nd-December 21st)
Sagittarius women are known to have big dreams. Because of this, you are sure to take charge in any situation in order for your dream to be achieved.

Capricorn (December 22nd-January 19th)
As the most self-disciplined of the zodiac, you are able to effectively control your emotions. You know when it’s appropriate to speak your mind, and when it’s better to take a step back and listen.